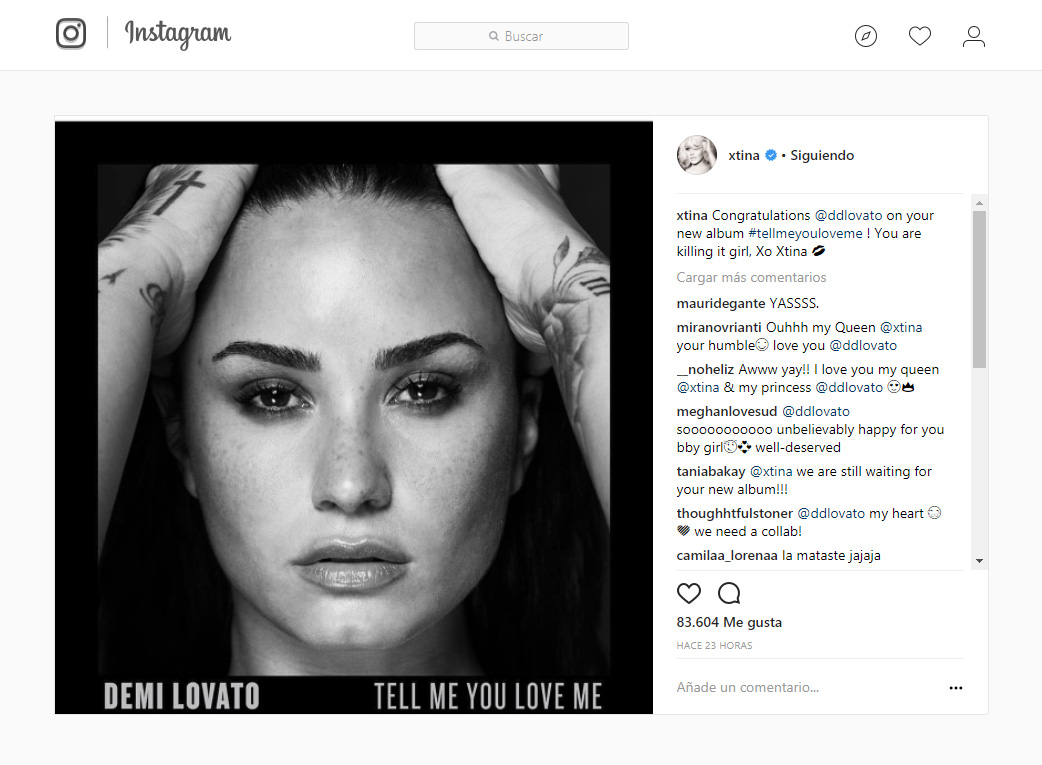 xtina: Congratulations @ddlovato on your new album #tellmeyouloveme ! You are killing it girl, Xo Xtina 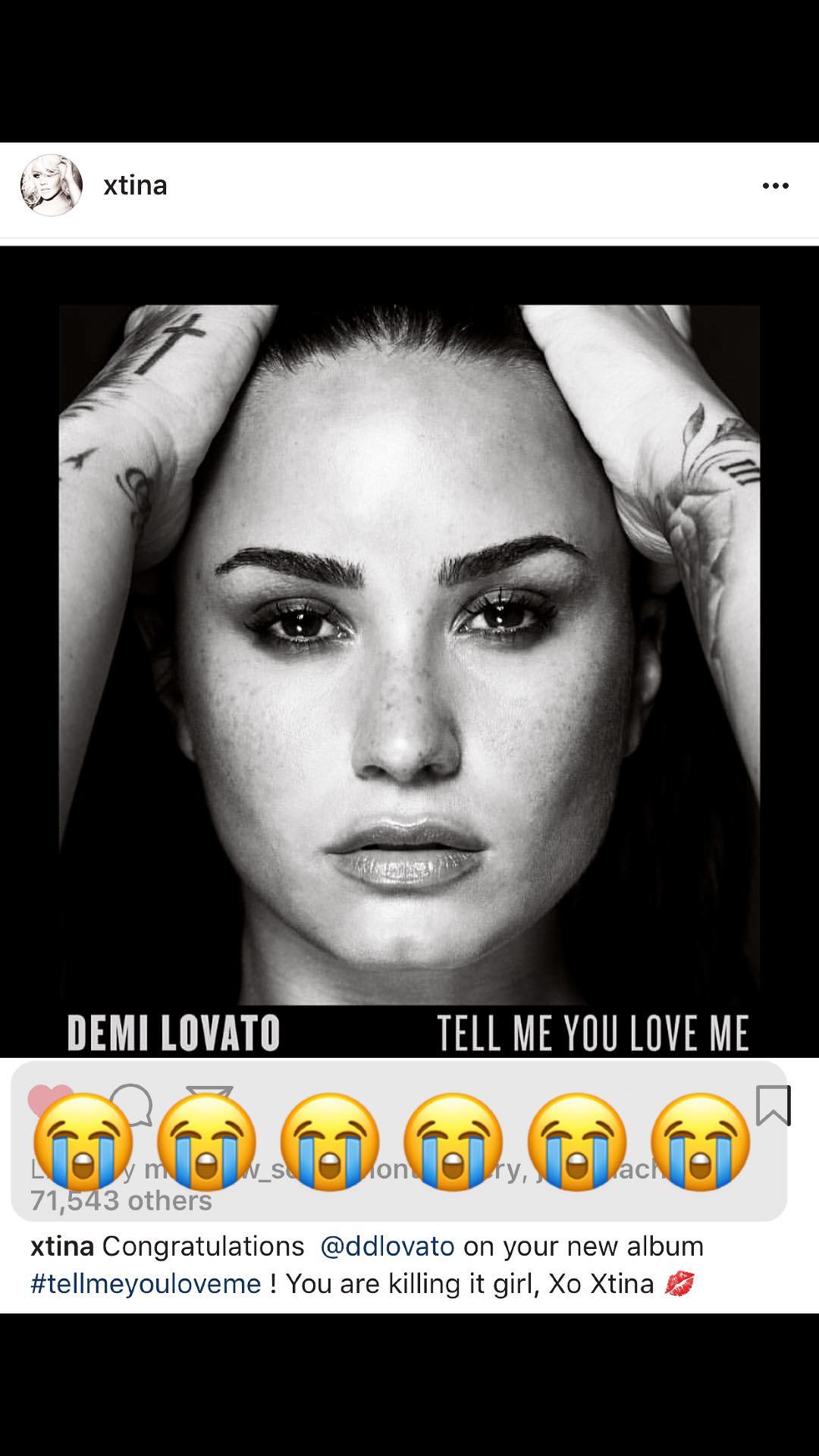 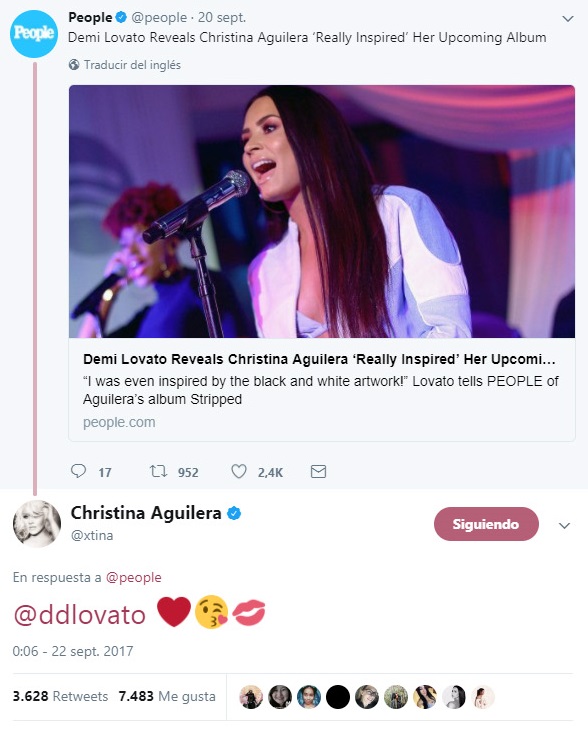 
Her chief concern, of course, became Tell Me You Love Me, which Lovato described as “definitely more mature and more raw” than her previous work. “I really tried to have my own Stripped,” she said, citing the album in which Christina Aguilera, one of her biggest influences, successfully revamped her image from teen to a sexually empowered adult, as announced by a topless, black-and-white album cover, which in large part inspired Lovato to shoot her first black-and-white album cover, too.
https://www.wmagazin...u-love-me-album

IS 'TELL ME YOU LOVE ME' THE LITTLE SISTER OF 'STRIPPED'?

Demi Lovato is definitely not sorry about giving credit where it's due, and she's got nothing but compliments for Christina Aguilera — which makes a ton of sense, seeing as Demi's new album, Tell Me You Love Me, was inspired, in part, by the album that changed everything for the "Dirrty" singer.

Back before her performance at the 2017 MTV Video Music Awards, Demi caught up with MTV News about the singers who nurtured the R&B sounds she experiments with on the record. She name-checks Christina and Kehlani, specifically, and considers the different periods of Christina's career before confirming that Stripped is the album that's currently informing her vocal aspirations.

Fast-forward to now: We're merely days away from the drop of Tell Me You Love Me, and she's gushing even more about Christina's impact. In an interview with People, Demi said that Stripped's influence extended beyond the belt and the attitude Christina infused in every track of the 2002 album.

"She was one of my idols growing up," she said. "She still is. Her voice is incredible, and in Stripped you really got to hear that." She went on to call Stripped "the breakout album that really transformed her into the icon that she is today," and mentioned that the visuals left an impact on her, too: "I was even inspired by the black and white artwork!"

Tell Me You Love Me as the spiritual little sister of Stripped? Time to get your girls, get your boys, and make some noOoOoOoOise for this sultry side of Demi, which officially hits stores and streaming services on September 29.