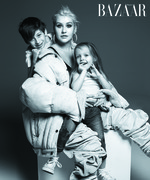 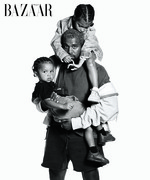 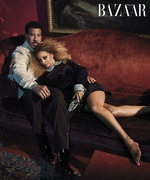 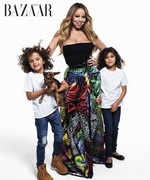 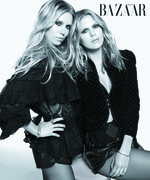 Carine Roitfeld lured some major musical names, plus children, for her annual spread. Her popular fashion week party has a big headliner, too.

Carine Roitfeld’s ability to draw major names for the September issue of Harper’s Bazaar, along with a related party, is still going strong.

The French editor, who serves as global fashion director for Bazaar while also running her own CR Fashion Book, managed to pull in Bruce Springsteen, Kanye West, Christina Aguilera, Lionel Richie, Mariah Carey, Billy Idol, Steven Tyler and Erykah Badu, all with their children (some, like Liv Tyler and Nicole Richie, celebrities in their own right), for her fifth annual Icons portfolio in the magazine. Paris Jackson and Theodora and Alexandra Richards are also part of the portfolio, sans parents, rounding out the familial theme of the issue. All were photographed by Mario Sorrenti.

Roitfeld noted her excitement at seeing and photographing such high-profile musicians, adding, “I’m a very family-oriented person, so I wanted to meet the families of some of my biggest music idols.”

“It was amazing to see that some of the industry’s most groundbreaking rock stars have a sense of tenderness with their loved ones — even if they are adults,” Roitfeld said.

Bazaar publisher Carol Smith noted that the portfolio is something readers and advertisers have come to “look forward to” and said it “helps build buzz and excitement in the marketplace as we head into planning our big fashion issue.”

“It not only drives ad pages into the issue, but also attracts incremental digital and social ad dollars,” Smith added.

As for the party, it’s a heavily sponsored event, including the likes of Estée Lauder, Saks Fifth Avenue and car company Genesis, scheduled for the second night of New York Fashion Week at the Plaza Hotel. But Aguilera is set to perform, marking one of her few performances so far in support of her new album.

The Bazaar portfolio shows the singer draped by her two young children, and quotes her as saying motherhood is “the most important job I have.” But Aguilera is not on the cover.

That place, for the newsstand at least, goes to Springsteen and his daughter Jessica, an equestrian, who says she’s “still traumatized” by the time her father, years ago, pulled her out from the side of a concert stage to dance with him during a performance of “Dancing in the Dark.”

Subscribers will get a cover featuring Kanye West, looking every part the Art Dad, with the elder two of his three children, North and Saint. Roitfeld and West have been friendly for years, with the latter often citing her as an influence on his own fashion efforts and having appeared on the 2016 Icons cover about to kiss his wife Kim Kardashian.

West has had a year of controversy that stemmed from statements the artist made (right around the time a new, very short, album was released) praising President Trump and attempting to explain slavery in existential terms as being “a choice.” This statement came during an impromptu tirade at TMZ’s Los Angeles headquarters, no less, and backlash to it and his “love” for Trump sparked wide disagreement and even the rerecording of some songs on his album.

Such a drama- and publicity-fueled summer, not to mention career, seems to have inspired West’s answer to Bazaar’s question of what he wants for his children’s future.

“I hope my children never lose their confidence to society,” West said. Let us hope he’s not conflating confidence with ego.

Celebrity musicians open up about the joys of parenthood

Some of the biggest names in the music industry have opened up about the bonds they’ve forged with their kids and how their families have kept them grounded.

“My children have provided me with such joy as they’ve developed their own unique personalities,” Mariah Carey told Harper’s Bazaar of her 7-year-old twins, son Moroccan and daughter Monroe.

“They’re each other’s best friends,” she said, “and I love watching them grow up.”

Rapper Kanye West spoke of his aspirations for daughters North, 5, and Chicago, 6 months, and son Saint, 2½.

“I hope my children never lose their confidence to society,” he said.

Bruce Springsteen and his 26-year-old daughter, Jessica, described how they’ve interacted over the years, despite the Boss’ busy schedule.

“Family is everything to me,” Jessica said. “Whenever I have time off, the first thing I do is go home to see everyone. It’s what makes me the happiest.”

Others told the mag of their family dynamic — including Christina Aguilera and Lionel Richie.

“I love being mama bear and providing support, strength, and a safe haven to my babies and loved ones, knowing that, above all else, it’s the most important job I have,” Aguilera said.

“My dad and I will do anything for a laugh,” said Nicole Richie, 36. “We’re desperate show ponies.”

“I wish for my kids to discover who they are and explore their passions to the fullest,” said proud pop Lionel. 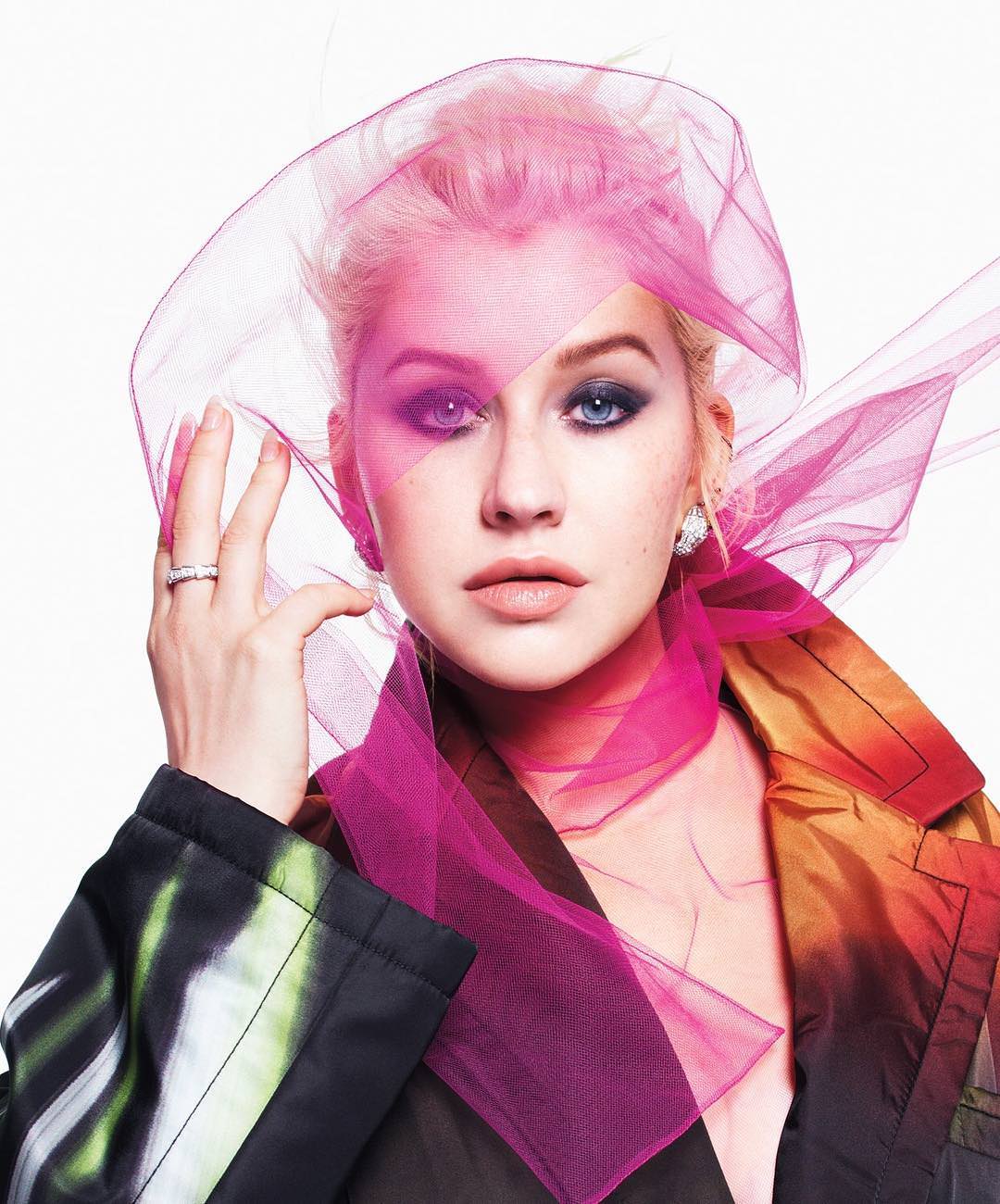 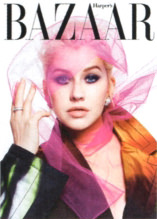