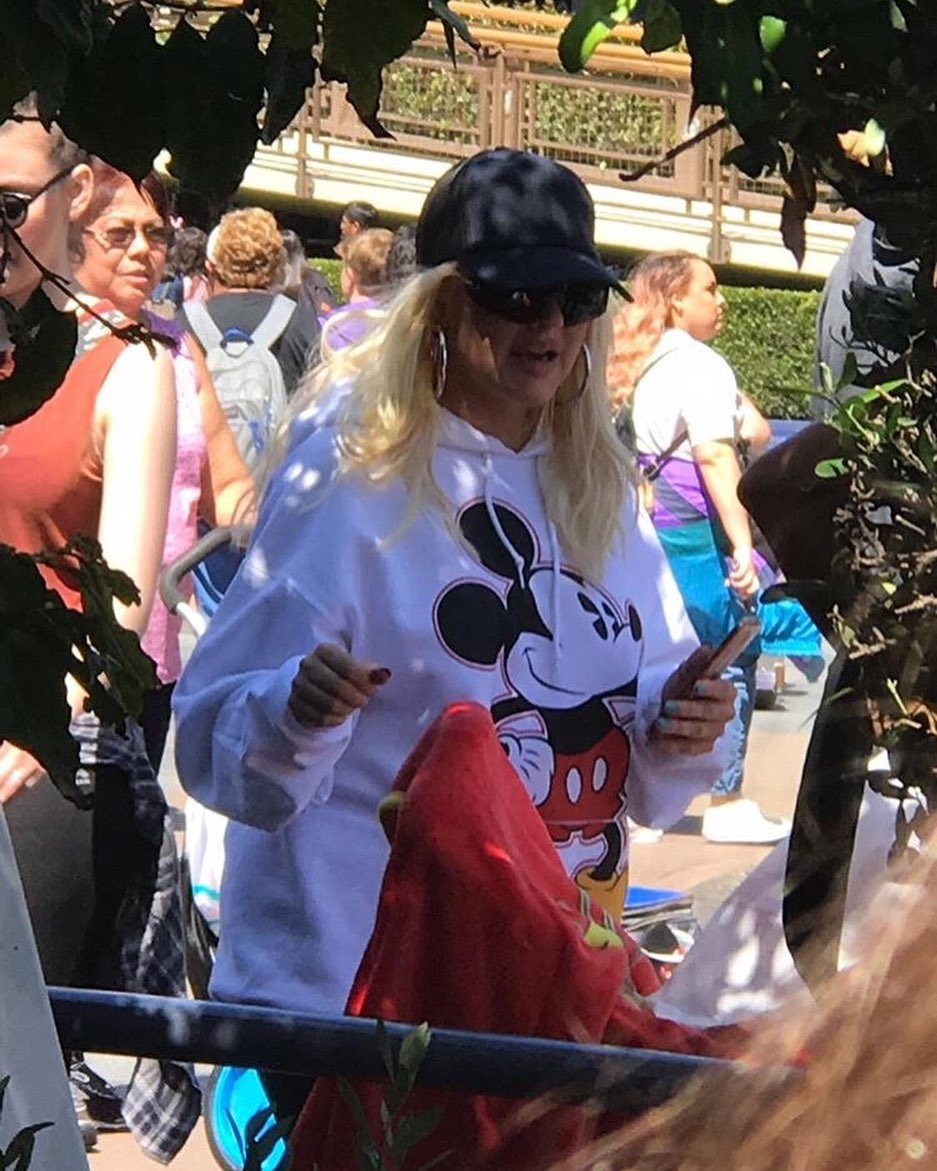 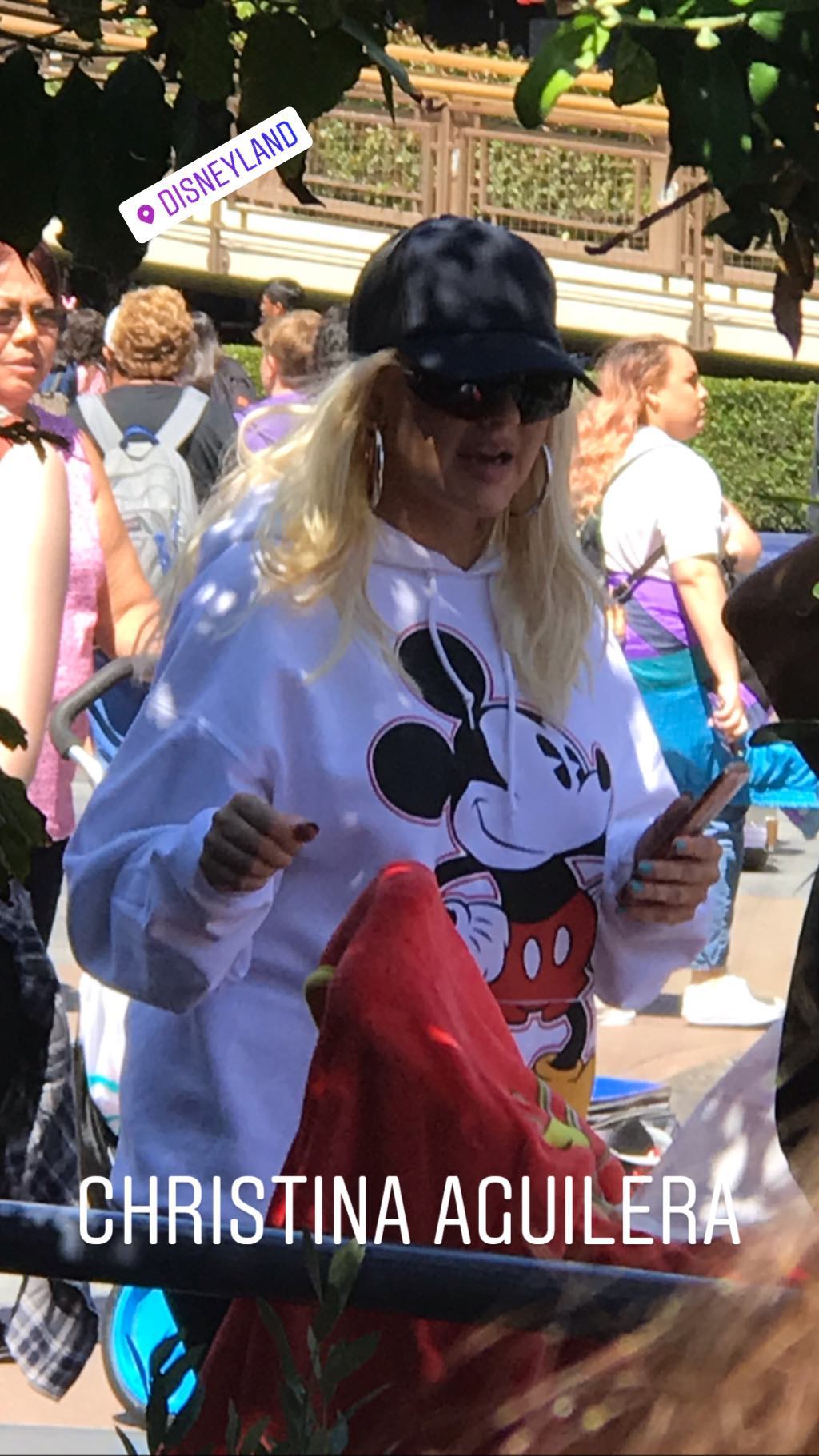 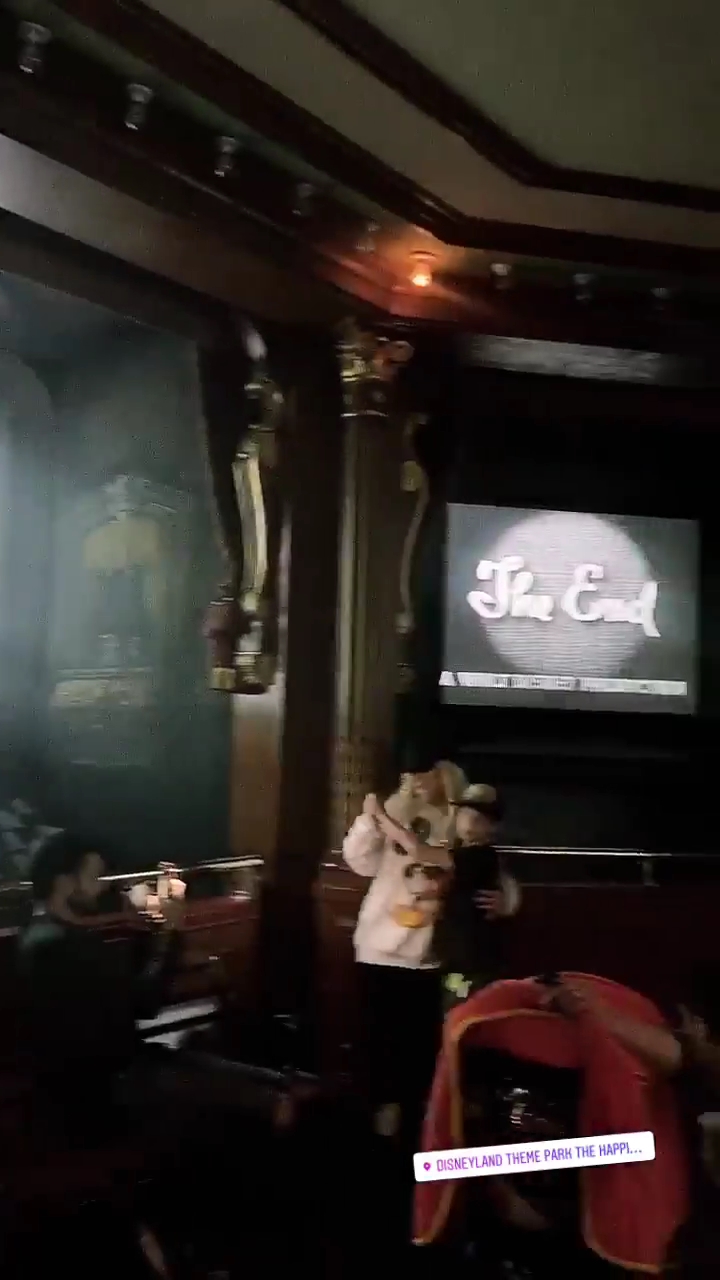 Yo la veo muy flaca respecto a lotus me encanta

Christina Aguilera cuts a casual figure as she enjoys a rare family day with her daughter Summer, 4, and partner Matthew Rutler at Disneyland

Christina Aguilera cut a casual figure as she enjoyed a rare family day at Disneyland, California, on Monday.

The Genie in a Bottle hitmaker, 38, joined her daughter Summer, four, son Max, 11, and partner Matthew Rutler, 34, for the fun outing.

Christina cut a casual figure in a white hoodie with Mickey Mouse on it, black leggings and trainers.

She tried to keep a low profile as she completed her look with oversized silver hoops and a black baseball cap.

Christina styled her peroxide blonde locks into a blow-dried hairdo, she added a slick of make-up.

Meanwhile, the singer's daughter Summer matched her with a grey Mickey Mouse hoodie for their day at Disneyland.

While Christina's partner Matthew wore a pair of ripped skinny jeans with a grey Nike hoodie.

The family appeared in good spirits as they enjoyed several of the fun rides at the theme park.

Over the summer, Christina posed for a sweet photo with her children for a special edition of Harper's Bazaar titled Icons: The First Families of Music, which brought singers and their kids together.

Speaking about motherhood, she said: 'I love being mama bear and providing support, strength, and a safe haven to my babies and loved ones, knowing that, above all else, it’s the most important job I have.'

Last year, the singer made quite the comeback as she released her first album in six years, dropping Liberation. 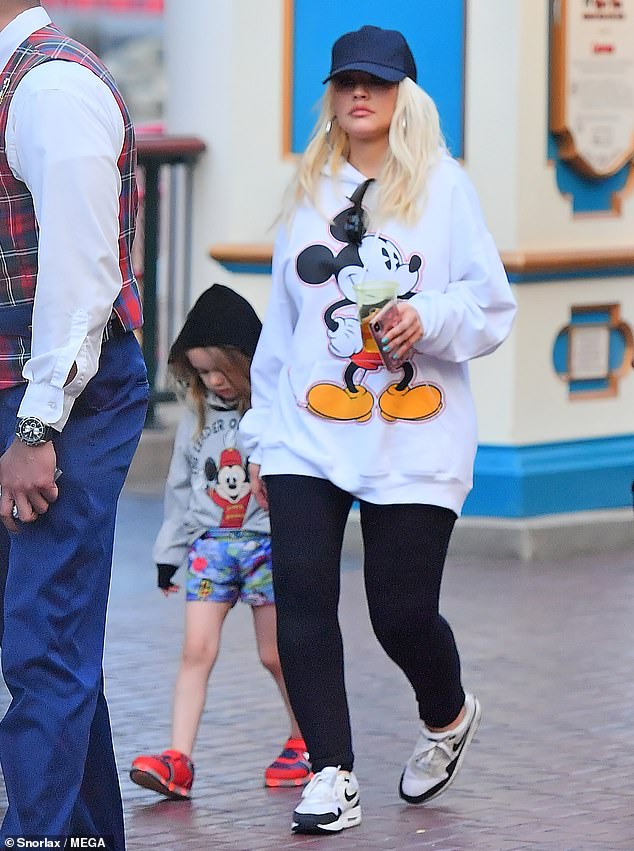 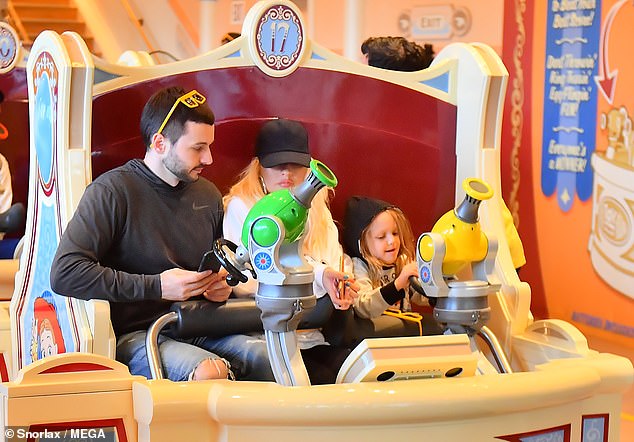 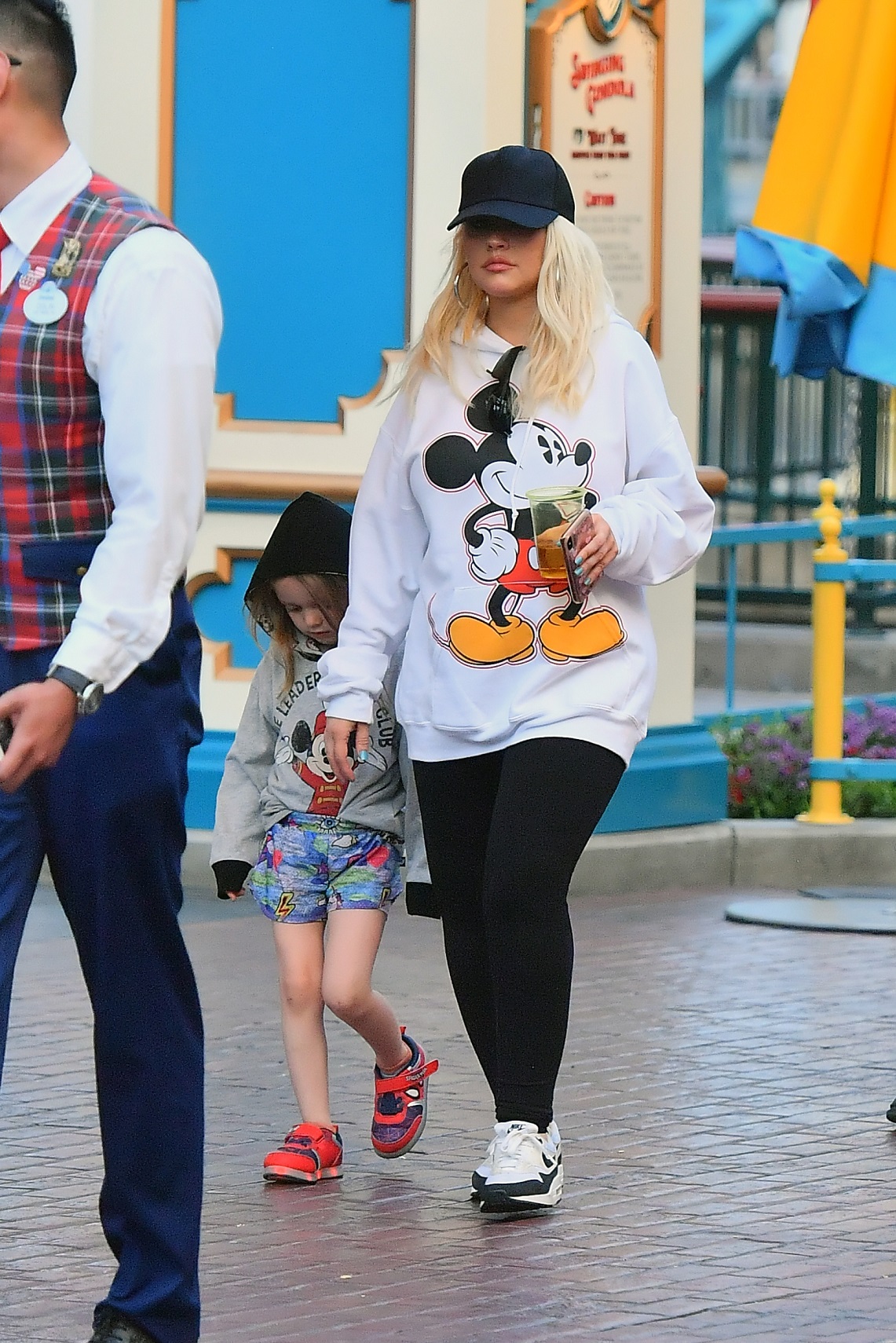 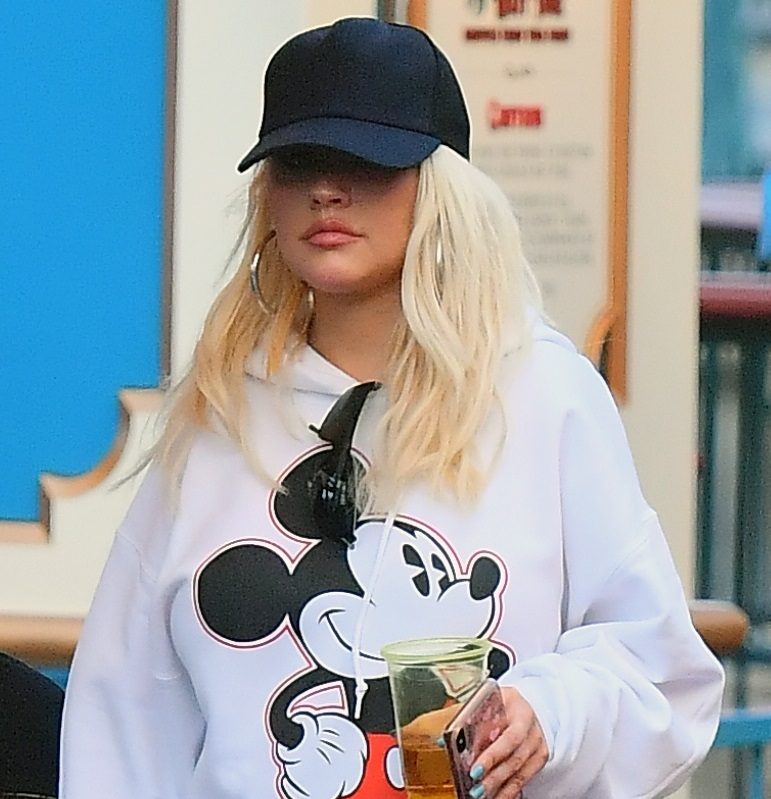 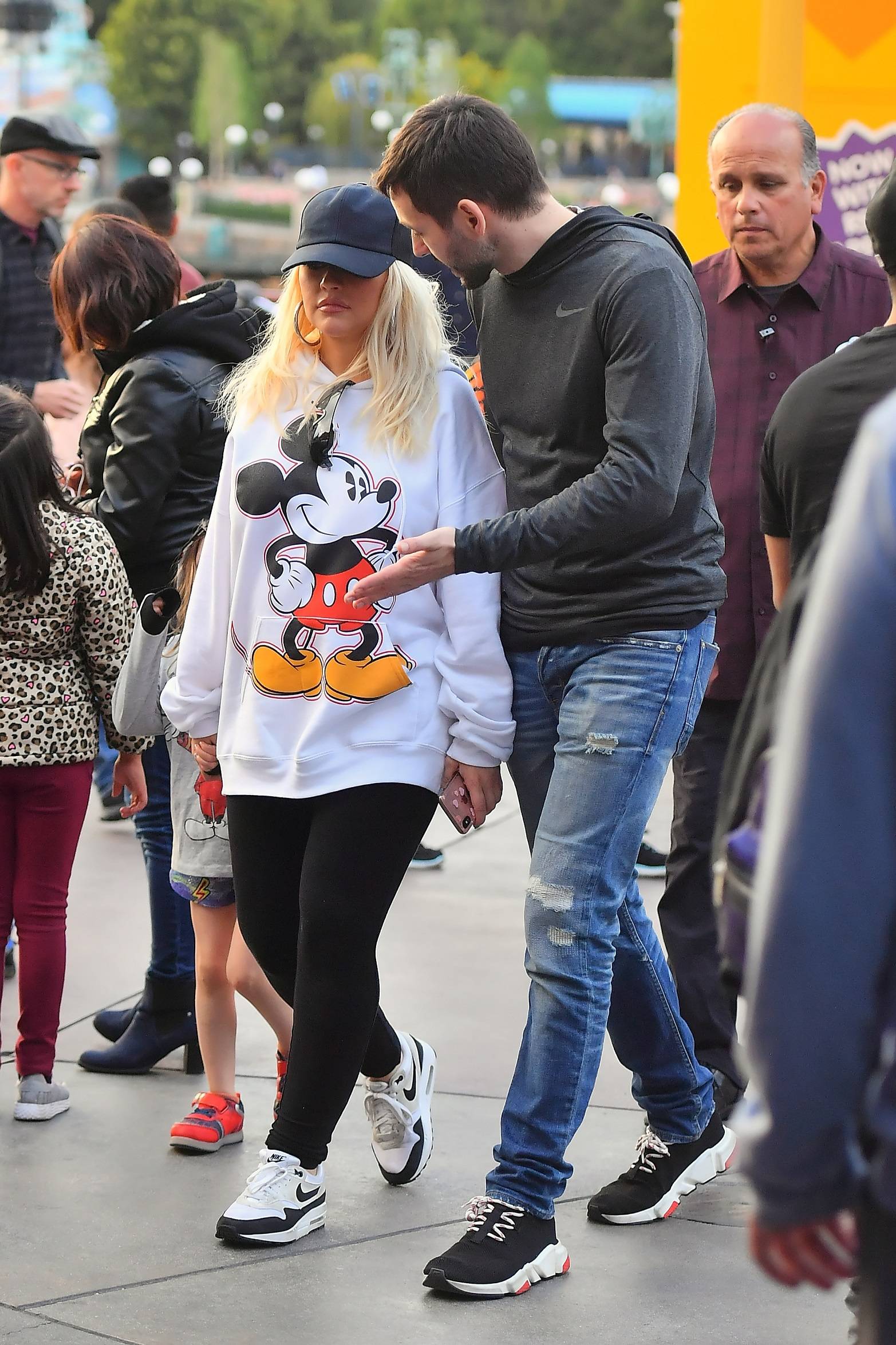 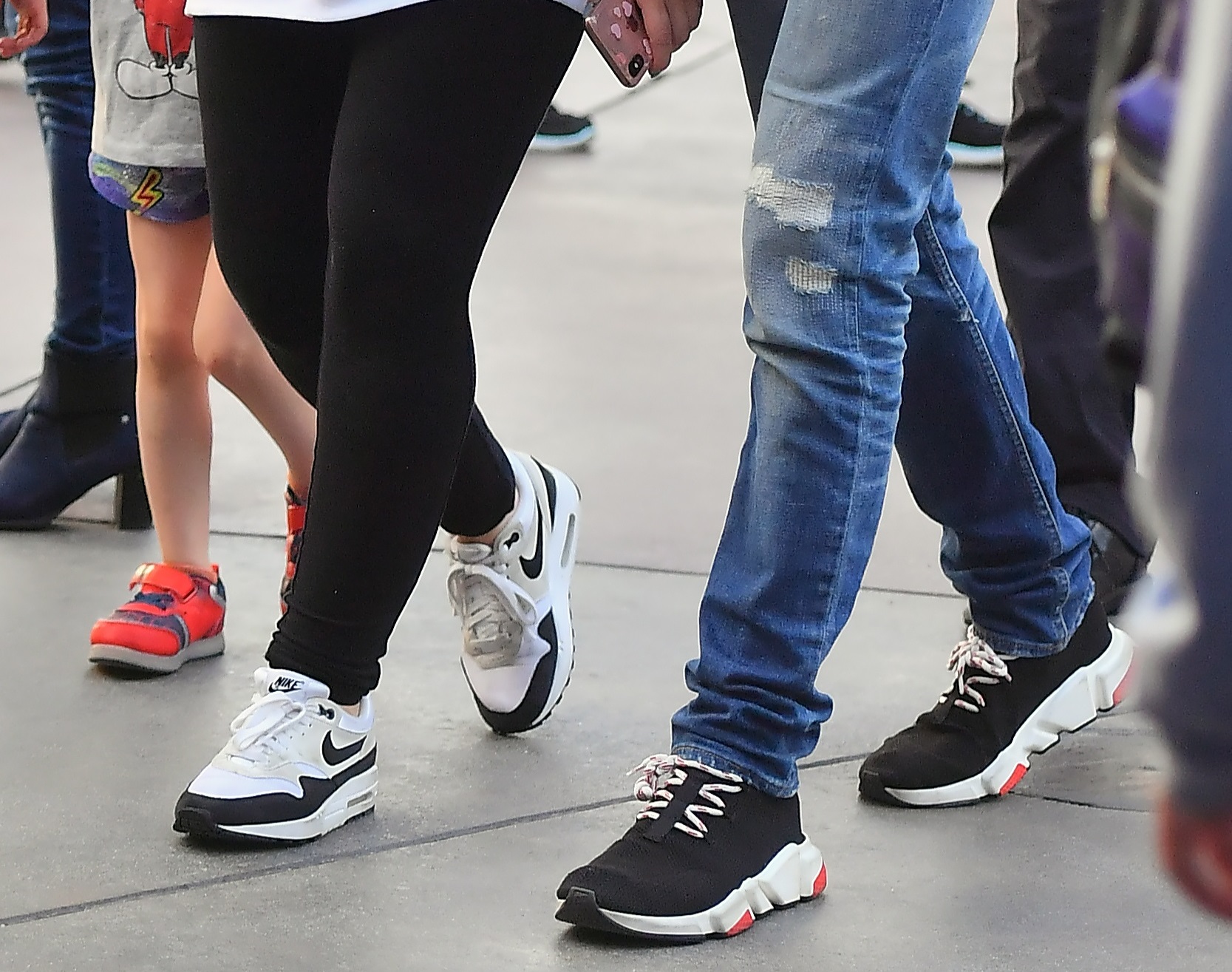 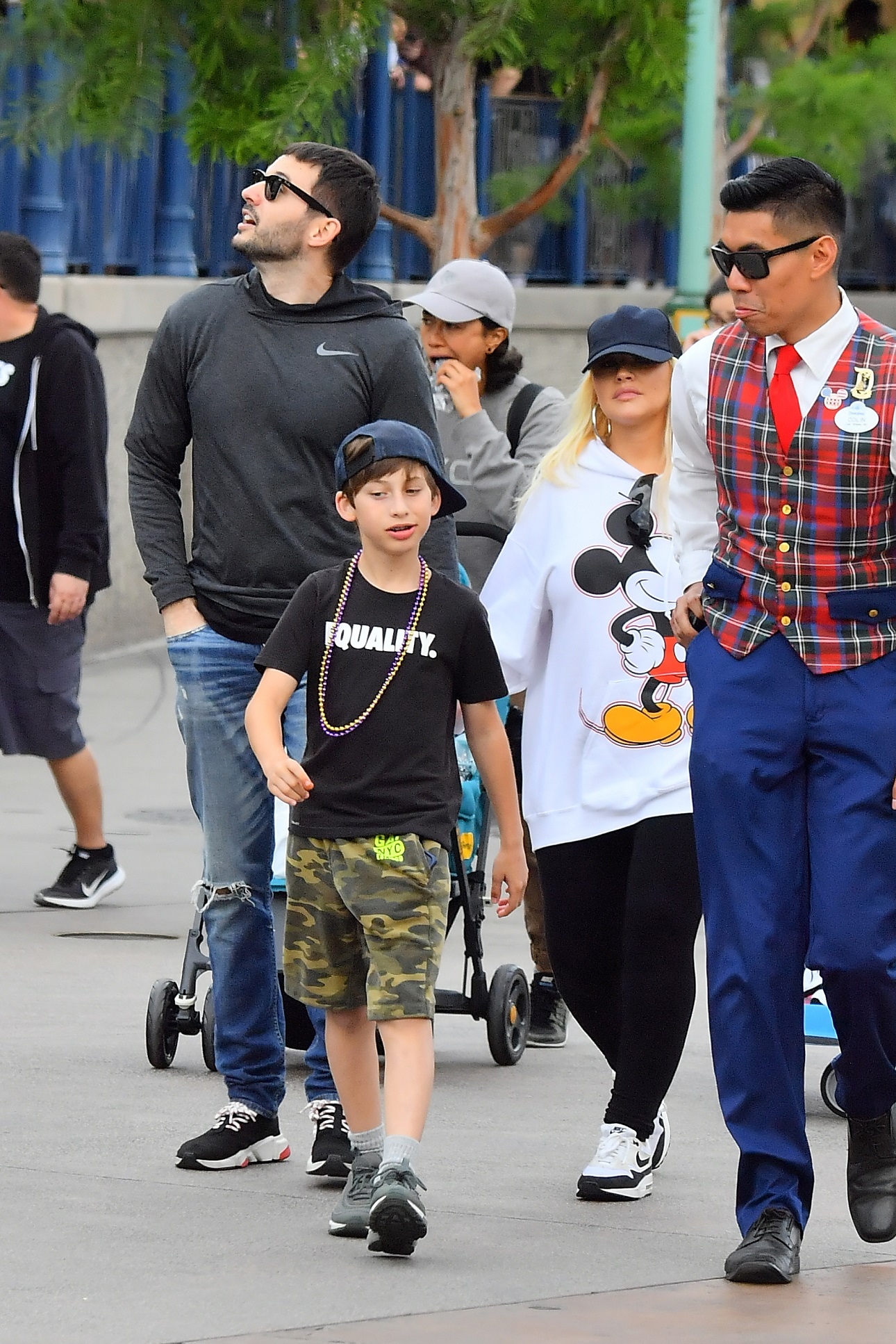 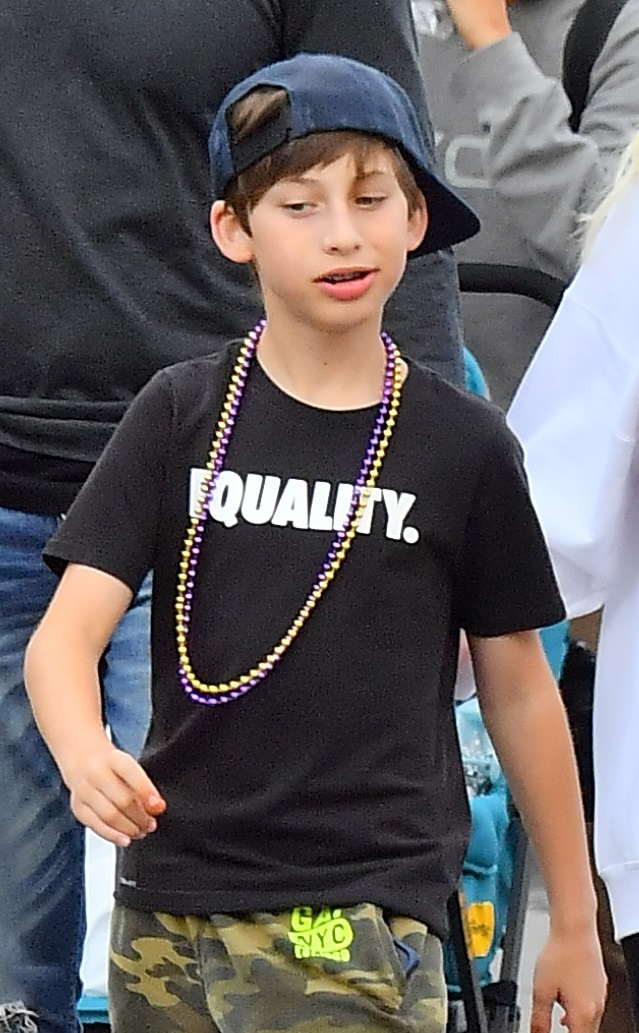 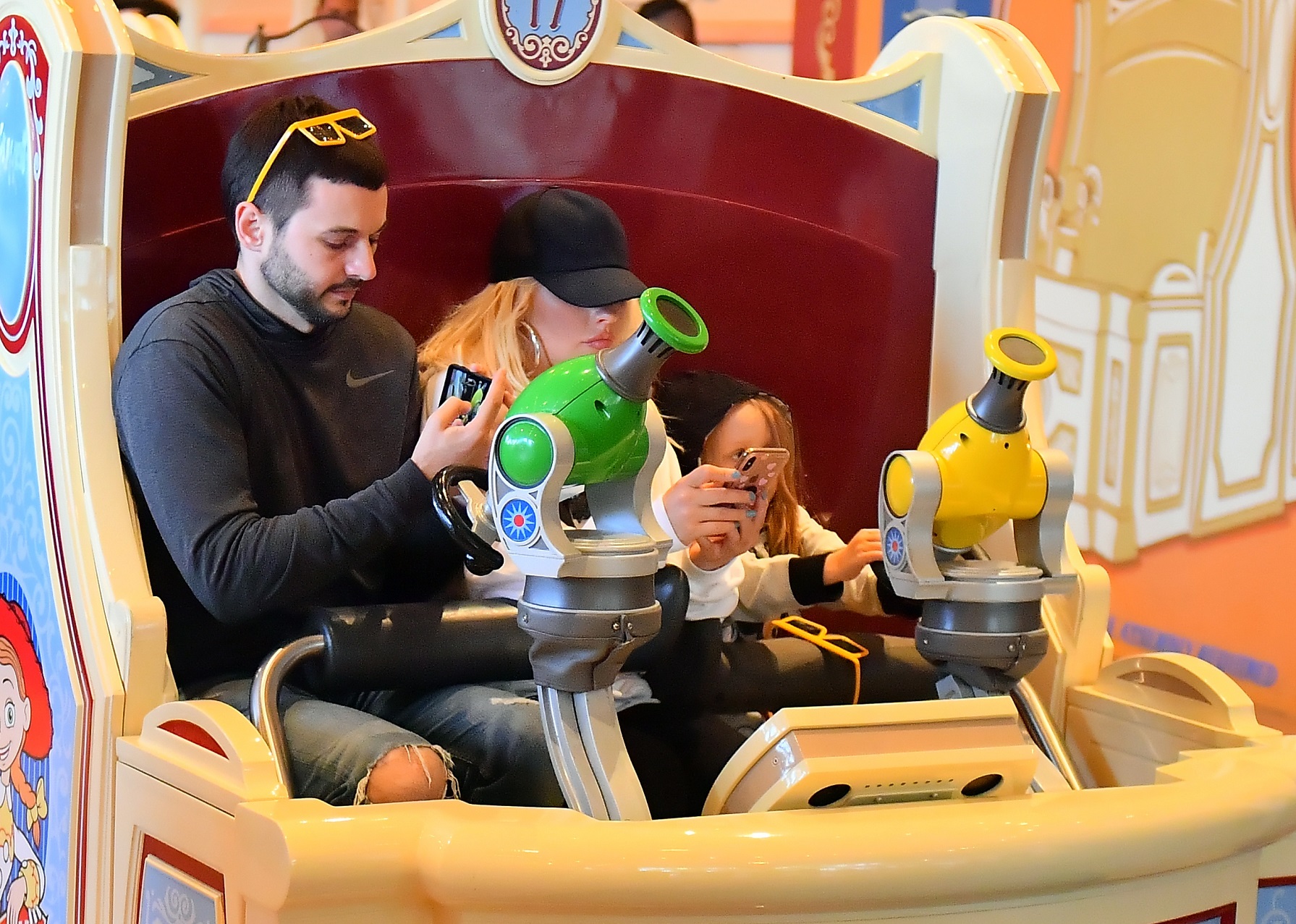 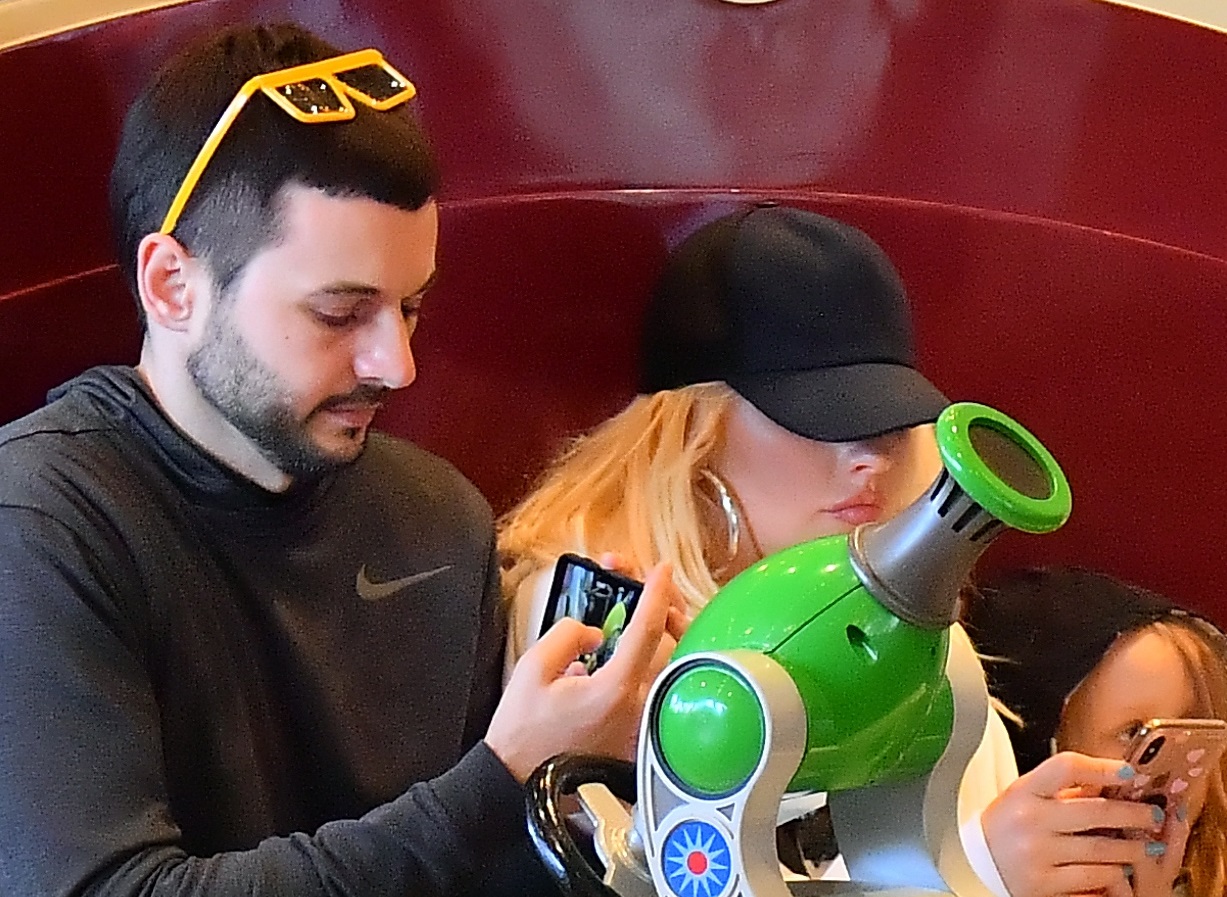