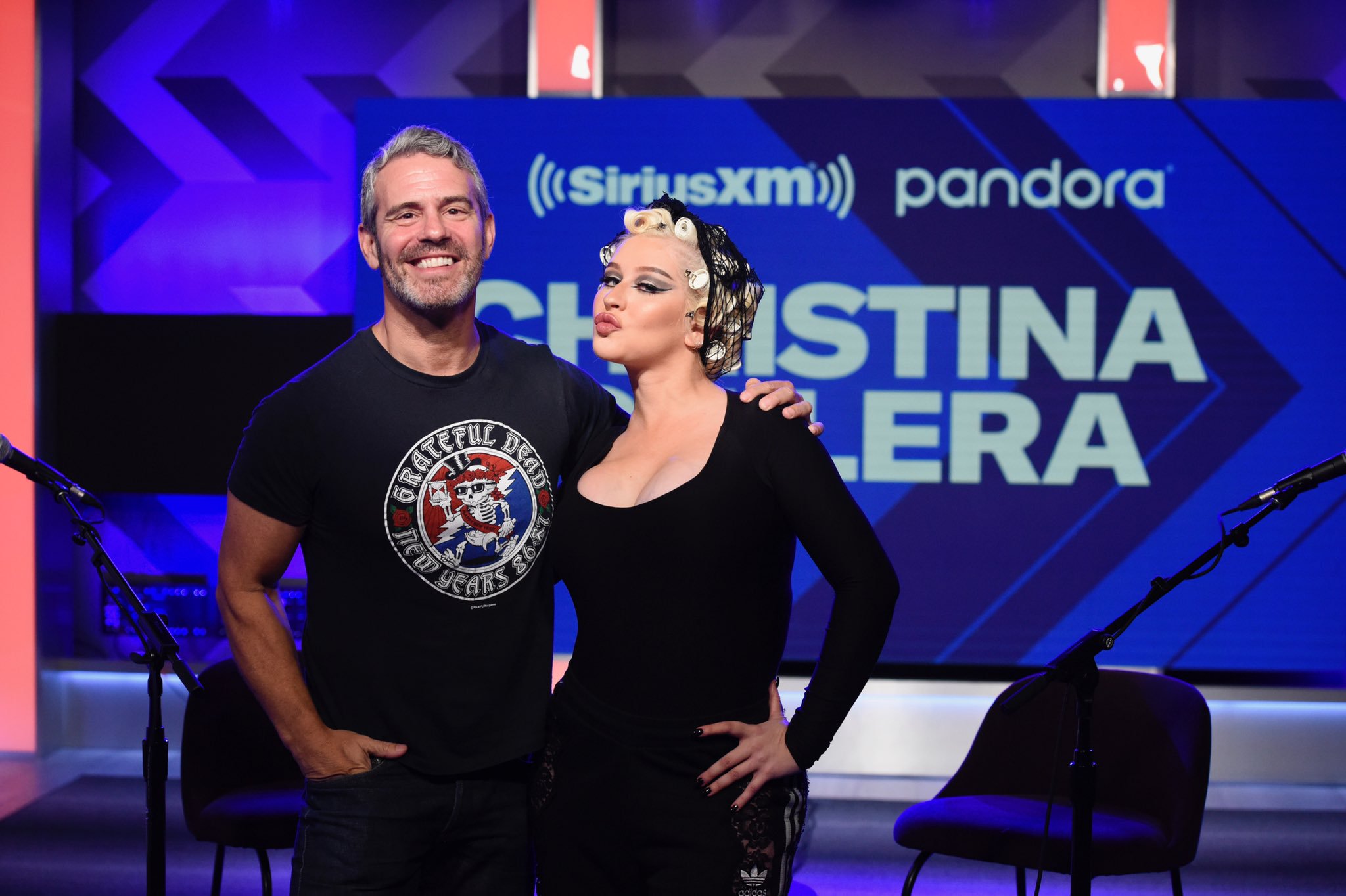 They talked about the following:
- New dates on the residence
- New song for the Adams Family
- Changing the looks for the Xperience
- She loves the LegendTina nickname
- The impact of Dirrty and the PV
- The coming celebration of Bionic
- Beautiful being a legendary track
- She basically LOVES Twice
- How much she loves Gaga, Demi, and all the new girls
- She knows that the new pop stars use Stripped as a template
- How much she loves her fighters
- She doesn't care about the Bionic gate
- She doesn't know much about Taylor Swift's problems with her masters
- Beverly Hills and New York Housewives, she loves them
- She loves Erika Jane
- She's open to performing on the NFL show (the Superbowl)
- Andy said that Moo has Christmas, that perhaps Christina should become the Queen of Halloween, which she LOVED!
- She will dress as the Adams Family for Halloween
- Stripped was the defining moment in her career. It was the time when she truly let go, and showed her true self. It is her favorite album.
- She had fun with Justin during tour
- Andy tried to have her say something negative about JT's incident with Janet, she kept it classy. She basically said she felt it was disheartening to see what happened. She feels bad that Janet came under the heat. She LOVES her.
- Soul singers are the ones she looked up to, Etta James, etc., when she started. She wasn't allowed to see Madge videos when she was a child. She considers her Madge an innovator and fearless.
- Whitney and Mariah are also her biggest influences.
- Etta, Madge, Whitney, and Moo.
- She loves Whitney. She met her a couple times.
- She loves doing collabs. She had the chance to talk with everyone she sang with on the Voice. Ariana stood out.
- She loves Mick Jagger, the guy, she kinda shaded the MLJ song
- She's open to collaborating with Britney. She feels sad for Britney. She wants her to be happy. She understands her.
- Burlesque 2? That would be fun
- Andy mentions her as the Queen of Halloween at the very end 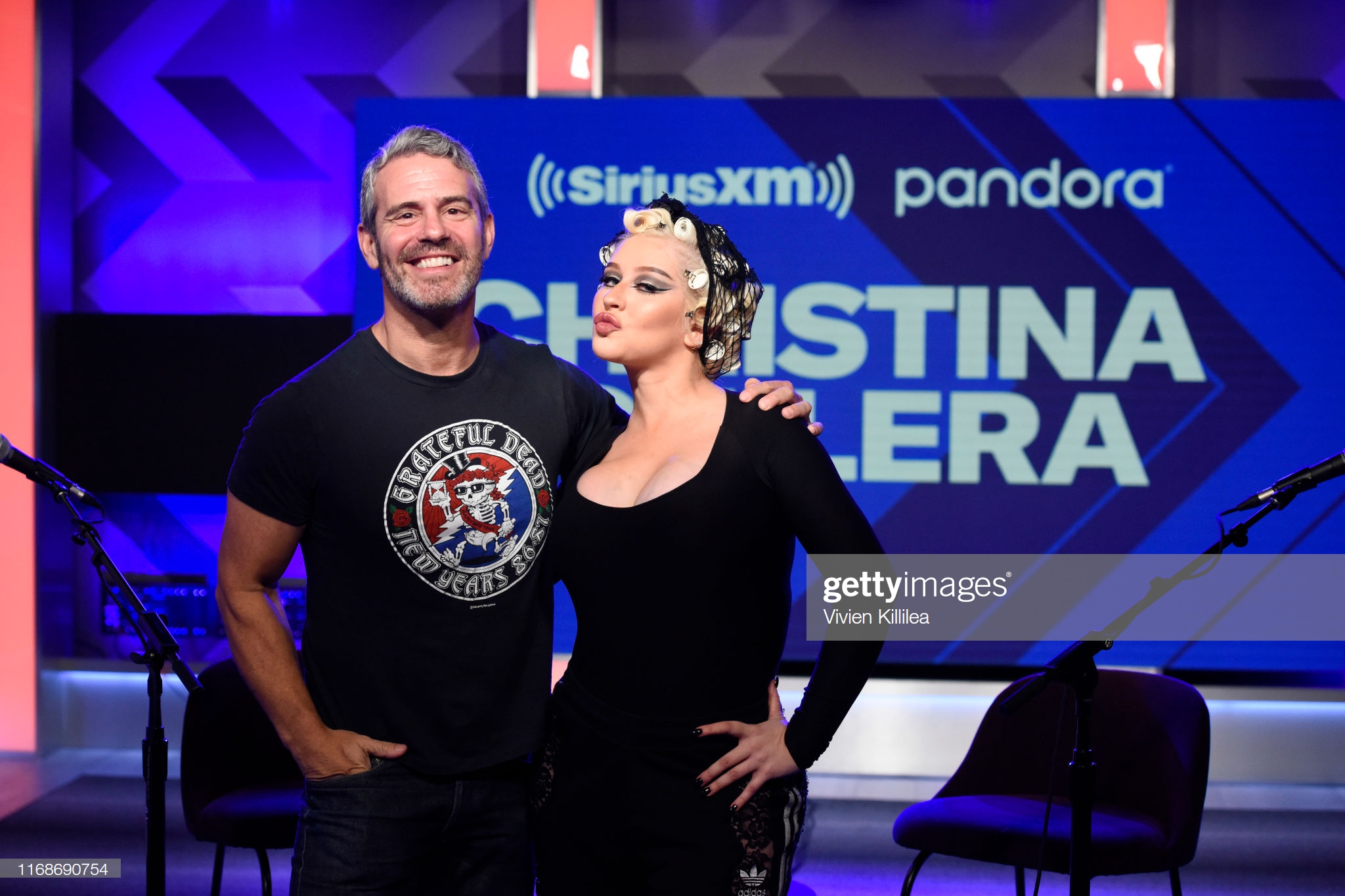 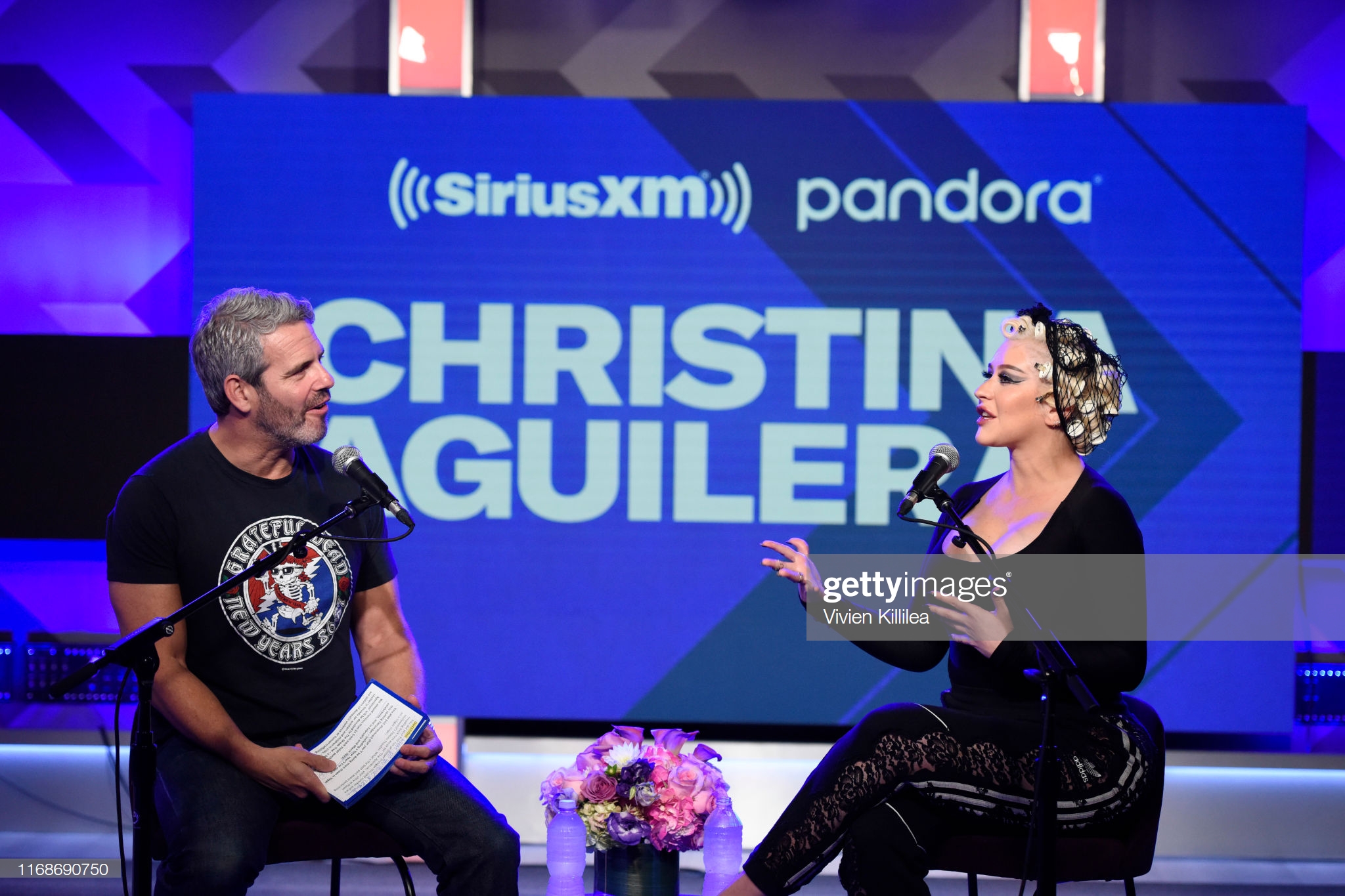 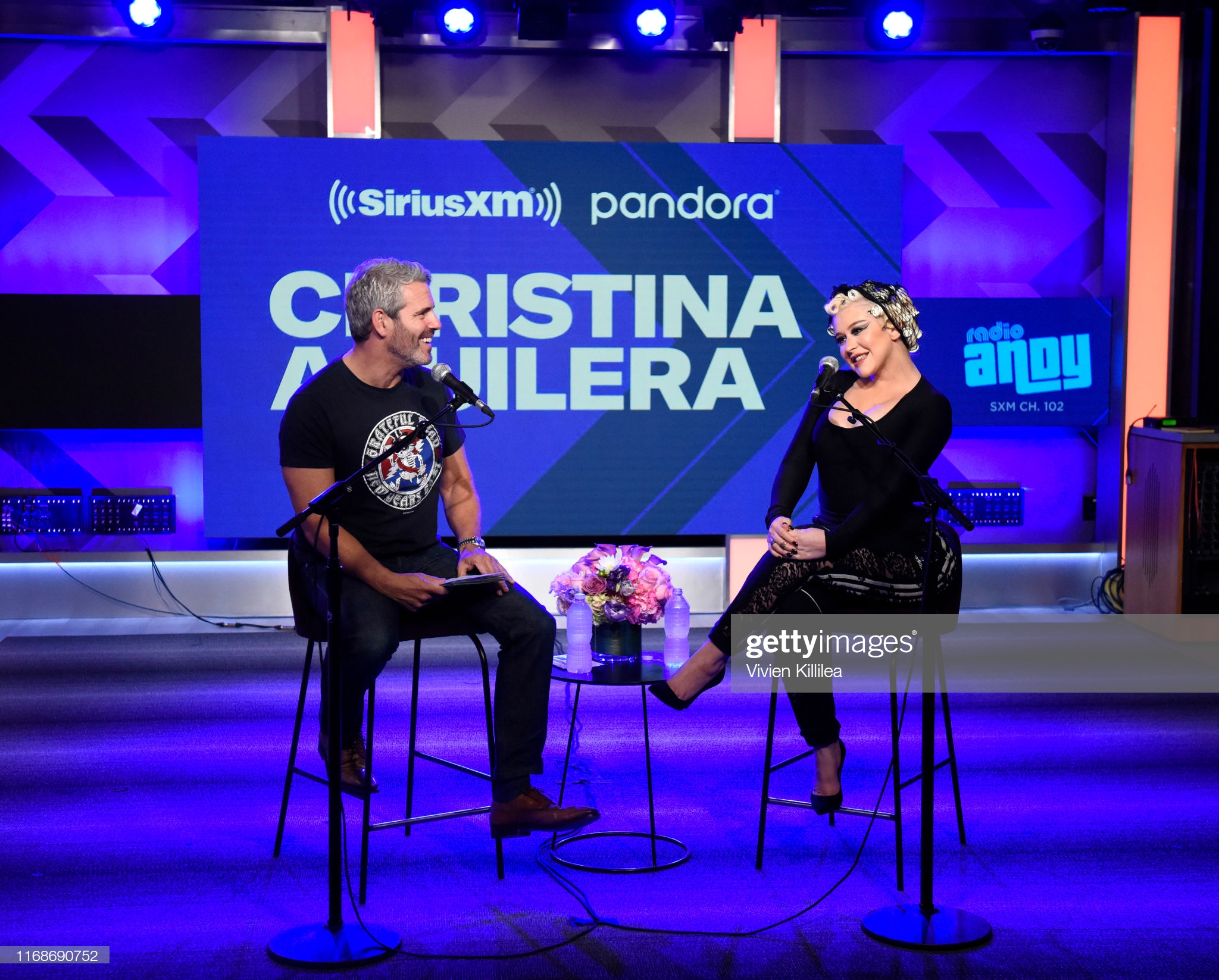 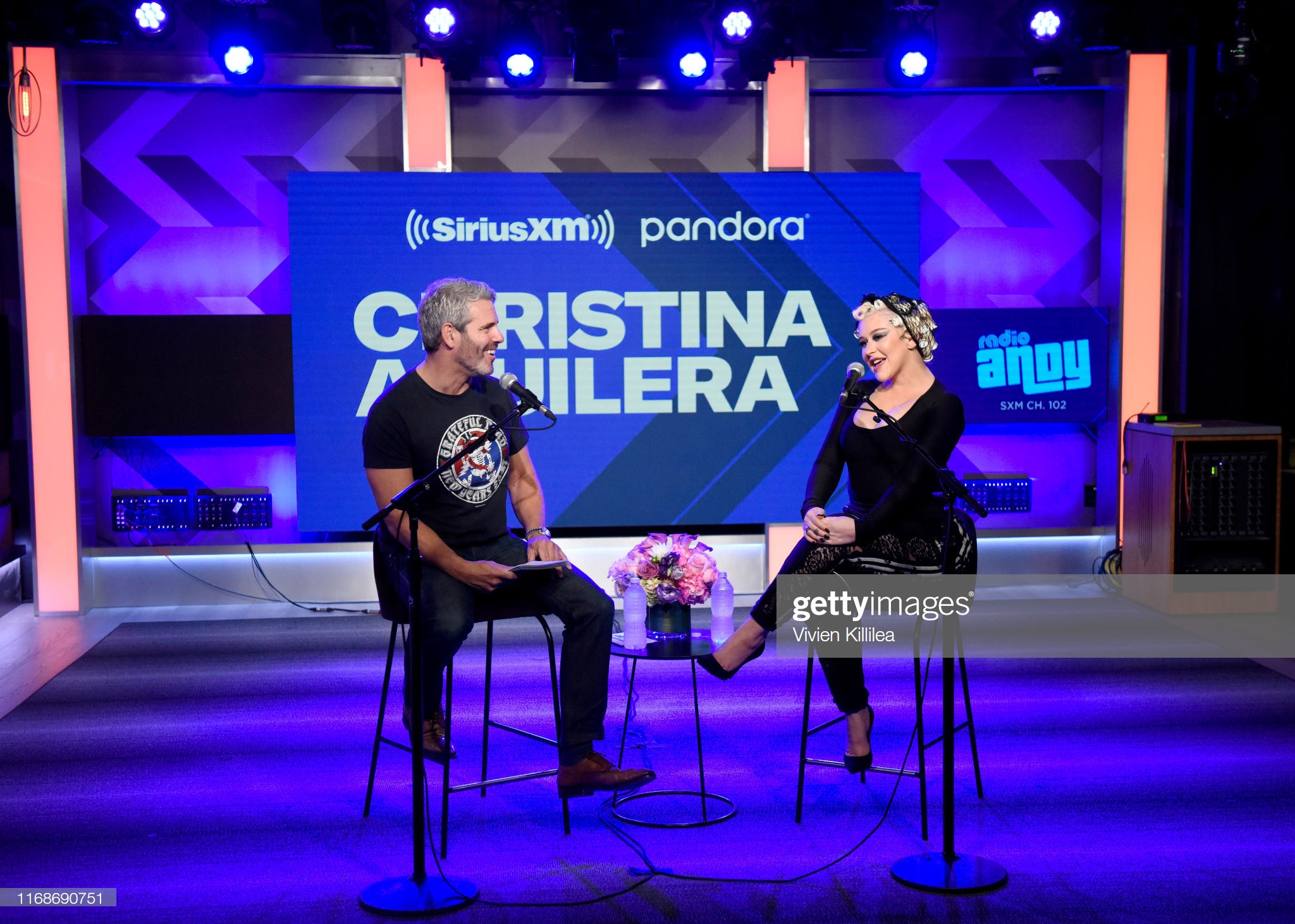 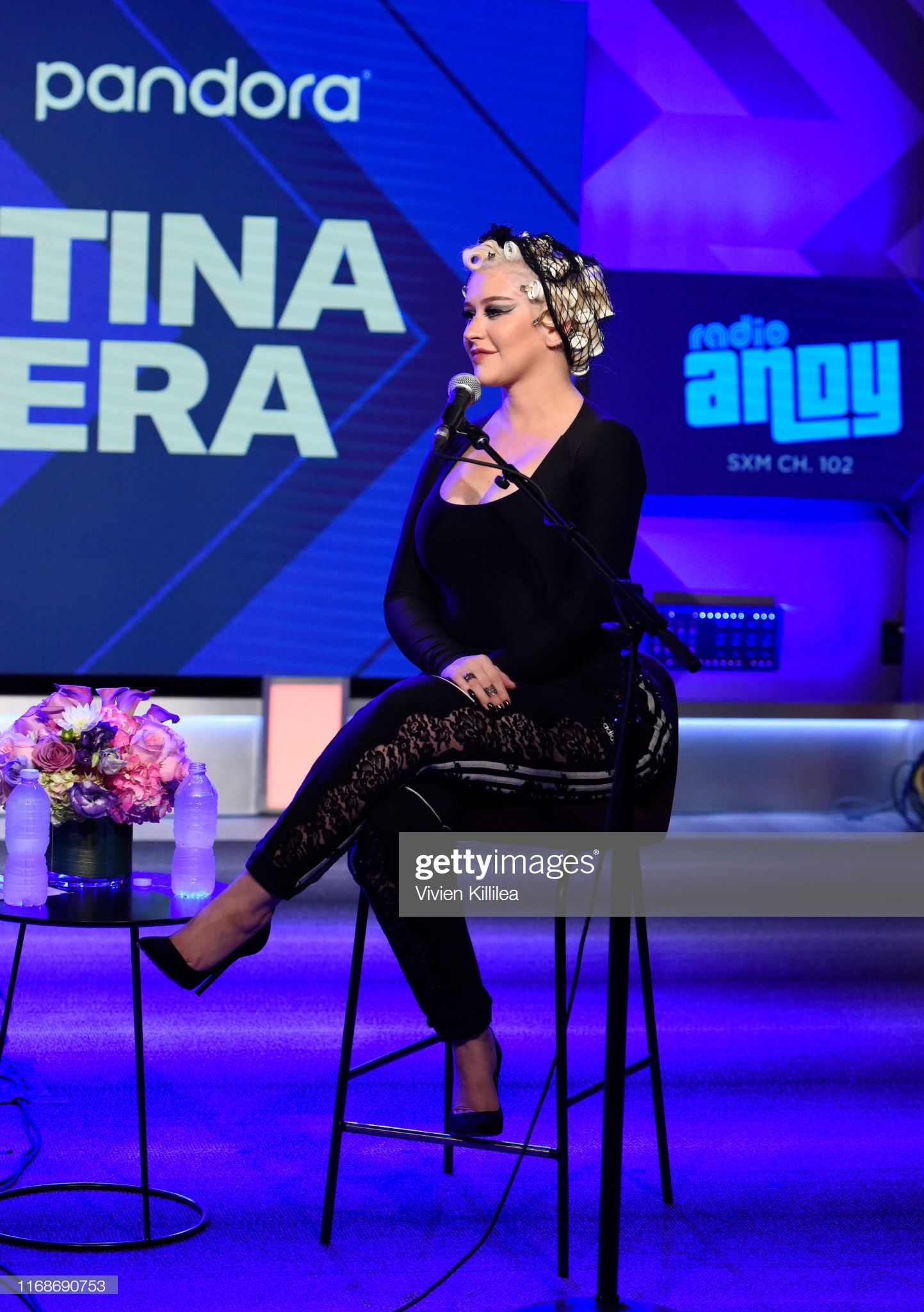