@xtina: #ad Getting cozy with the kids to play Super Mario 64 in #SuperMario3DAllStars is so nostalgic 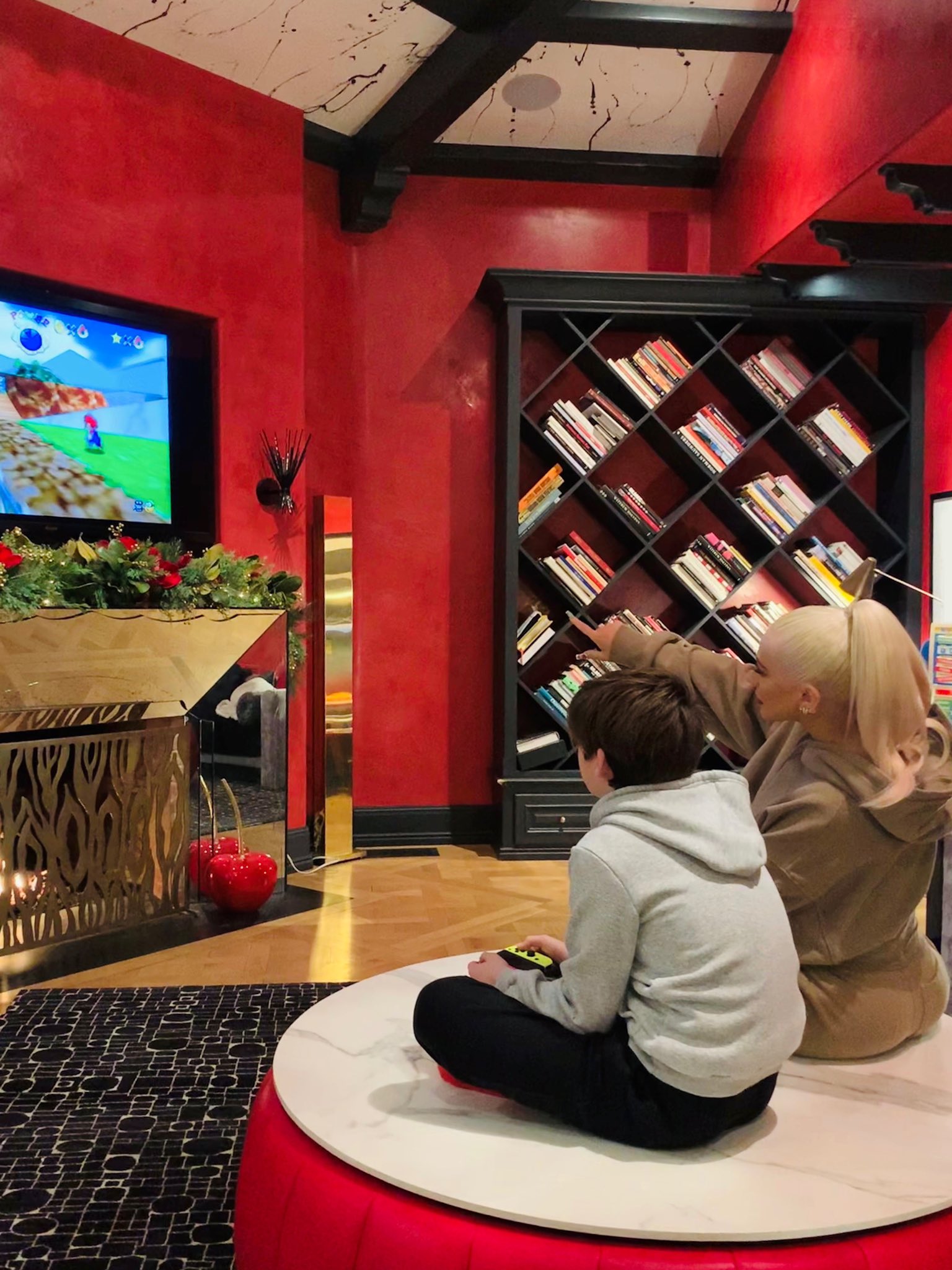 xtina: #ad Currently decorating my island in #AnimalCrossing: New Horizons
This is one of my favorite ways to relax and unwind. Anyone got some ideas for my island? #NintendoSwitch @nintendo @nintendoinspired Joy-Con controllers shown sold separately
10 DE DICIEMBRE DE 2020 - Instagram 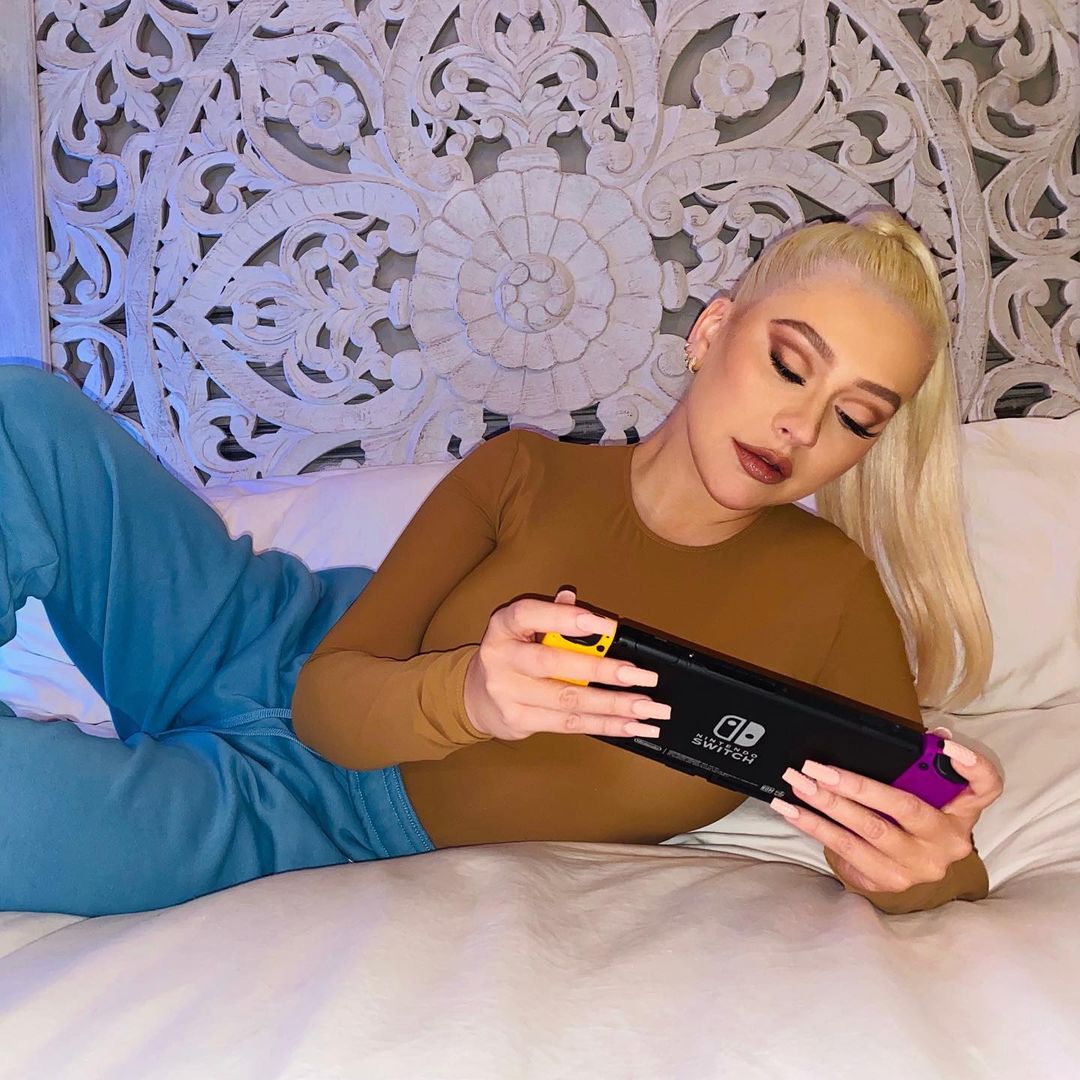 [Parents] Christina Aguilera Is All For Her Kids Gaming Through the Pandemic: 'It Gives Them That Interaction They Need' 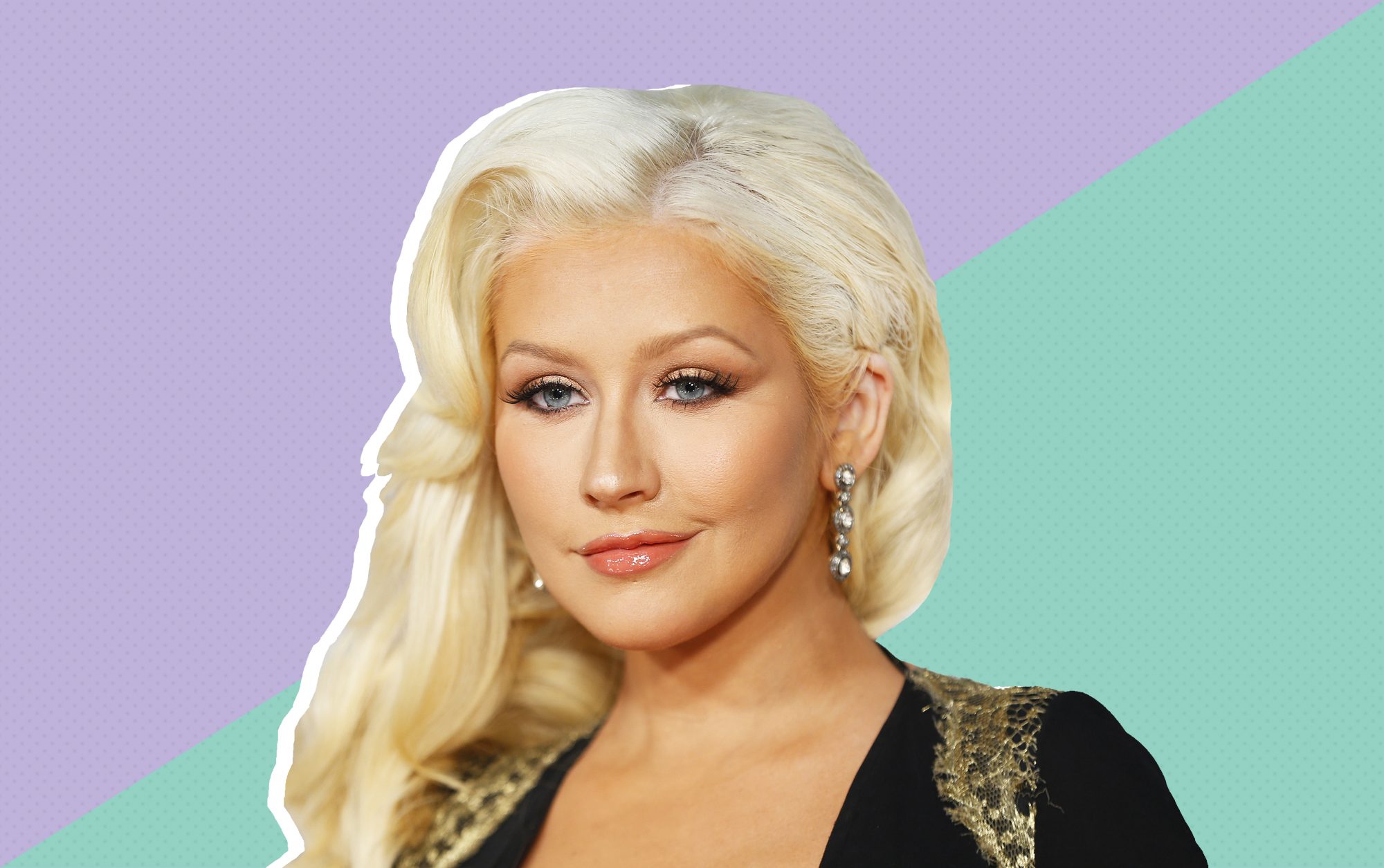 A lifelong Nintendo fan, Christina Aguilera has passed her love for video games onto her two kids. And it's been a positive tool for the entire family during the pandemic.

Between a legendary singing career and raising two kids, Christina Aguilera has always been a busy mom. Now, like many parents during the pandemic, her duties have only grown with helping her kids—Max, 12, and Summer Rain, 6—navigate remote learning and finding ways to keep them active and occupied.

How she’s finding time to unwind? Gaming. It’s a lifelong passion—she says she owned all the Nintendo systems growing up, including the original, and now enjoys playing Nintendo Switch. “For me, it’s a de-stressor for sure whenever I get even a moment with myself away from the kids,” says Aguilera, who even brings the gaming systems with her when she’s on tour.

It’s a hobby she’s passed on to her little ones too (who can forget her daughter’s Mario-themed second birthday party?). “I have an arcade in my house—we have the old-school Donkey Kong arcade, we have the Super Mario Kart setup,” says Aguilera, who teamed up with Nintendo this holiday season. “We are pretty obsessed with it.”

It’s also one of the big ways she says they've bonded while staying home during the pandemic—and even broken a sweat while playing boxing video games. “It’s good family time,” says Aguilera.

At the same time, she says it’s also giving her kids the opportunity to connect socially as they hop on and game with their friends. “In this time where they can’t literally be together and they are too young to go on forever talking on the phone, gaming is that sense that brings them together and has a common talking point,” she says. "It's a great tool and even helps kids become more social and gives them that interaction they need." Experts back that up too while research shows video games are "a major venue for the creation and maintenance of friendships."

But the singer says she does worry about screen time, which has soared for many kids du pandemicring the. “It’s all a checks and balance and there are parental controls that you can operate as a parent and make sure that you’re the boss of how much screen time they have and don’t have,” says Aguilera. “Everybody does what works for their own individual family and we find our balance with it.”

That balance comes with finding other ways to spend quality family time together, whether it’s crafting, decorating for the holidays, or going for walks with their two dogs, who are also feeling the effects of staying home. “One of our dogs has definitely put on some quarantine pounds so we are trying to get her as much exercise as we can too,” jokes Aguilera.

But her main goal as a mom is trying to keep things as fun and uplifting as possible.

“I love parenting based off of fun, interaction, making it playful, keeping it positive, and keeping the laughter going,” she says. “That’s how you got to survive through it all.”

xtina: #ad #NintendoSwitch has been perfect for us during the holidays to play together. The kids get pretty competitive racing in #MarioKart 8 Deluxe, but they know who always gets first place!
20 DE DICIEMBRE DE 2020 - Instagram 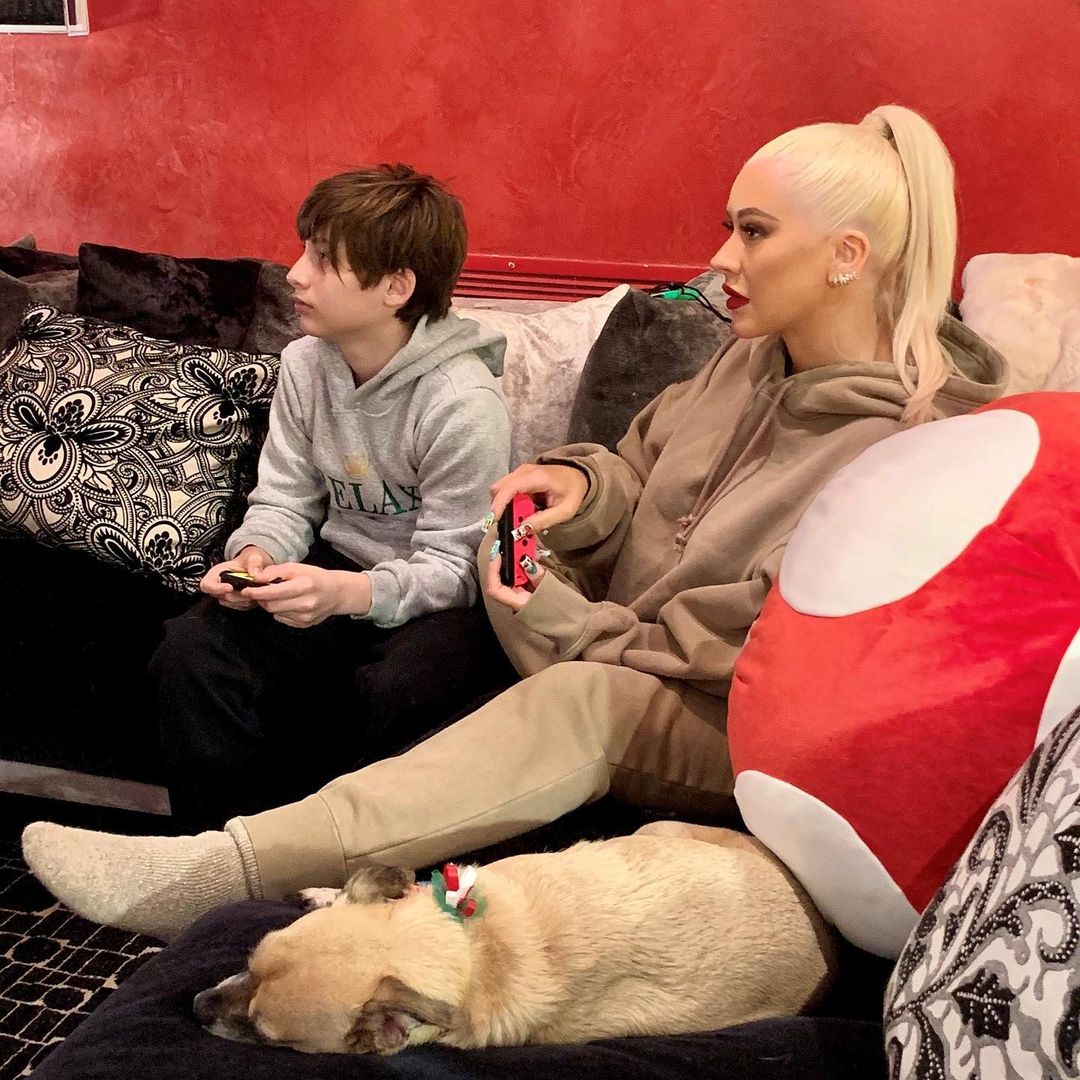 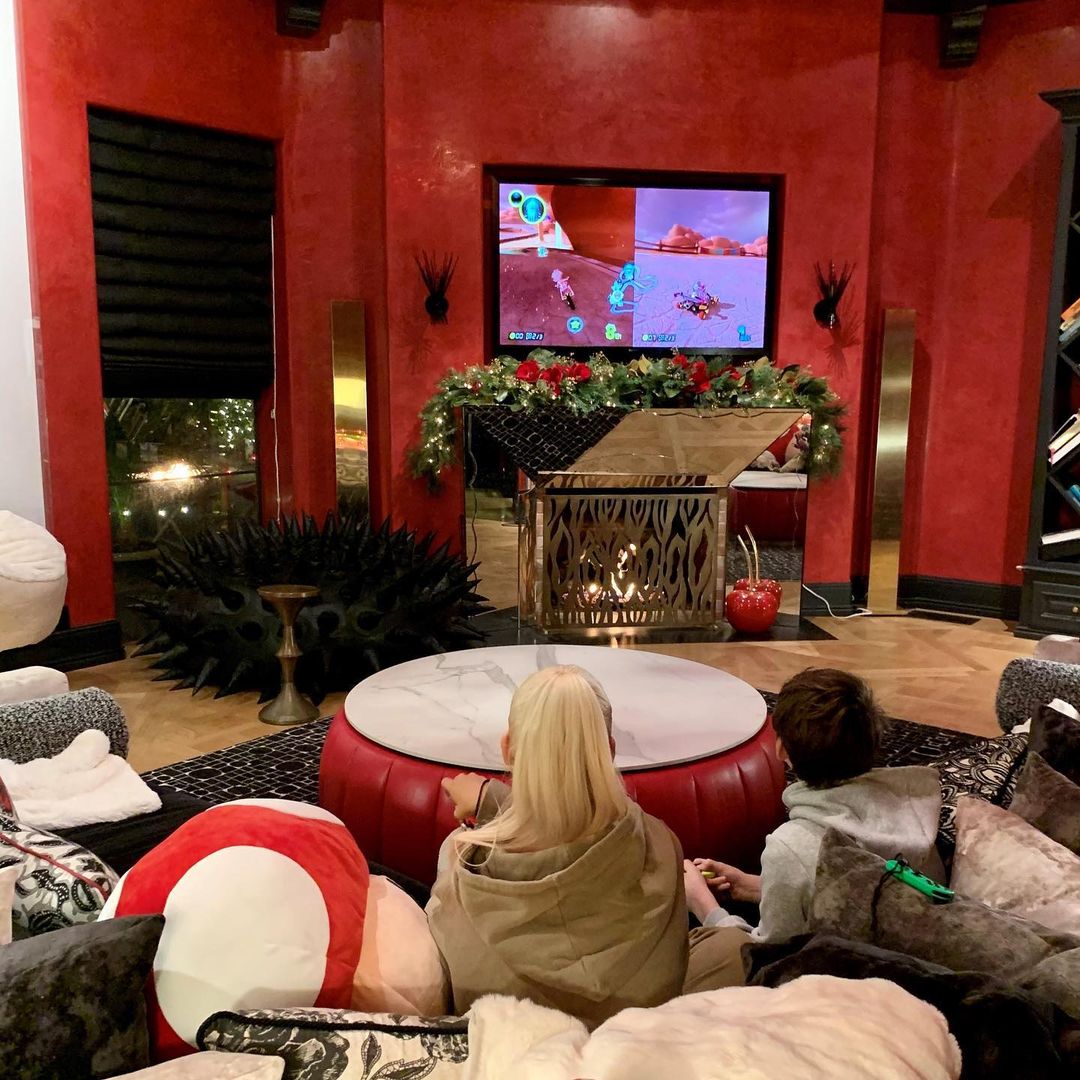 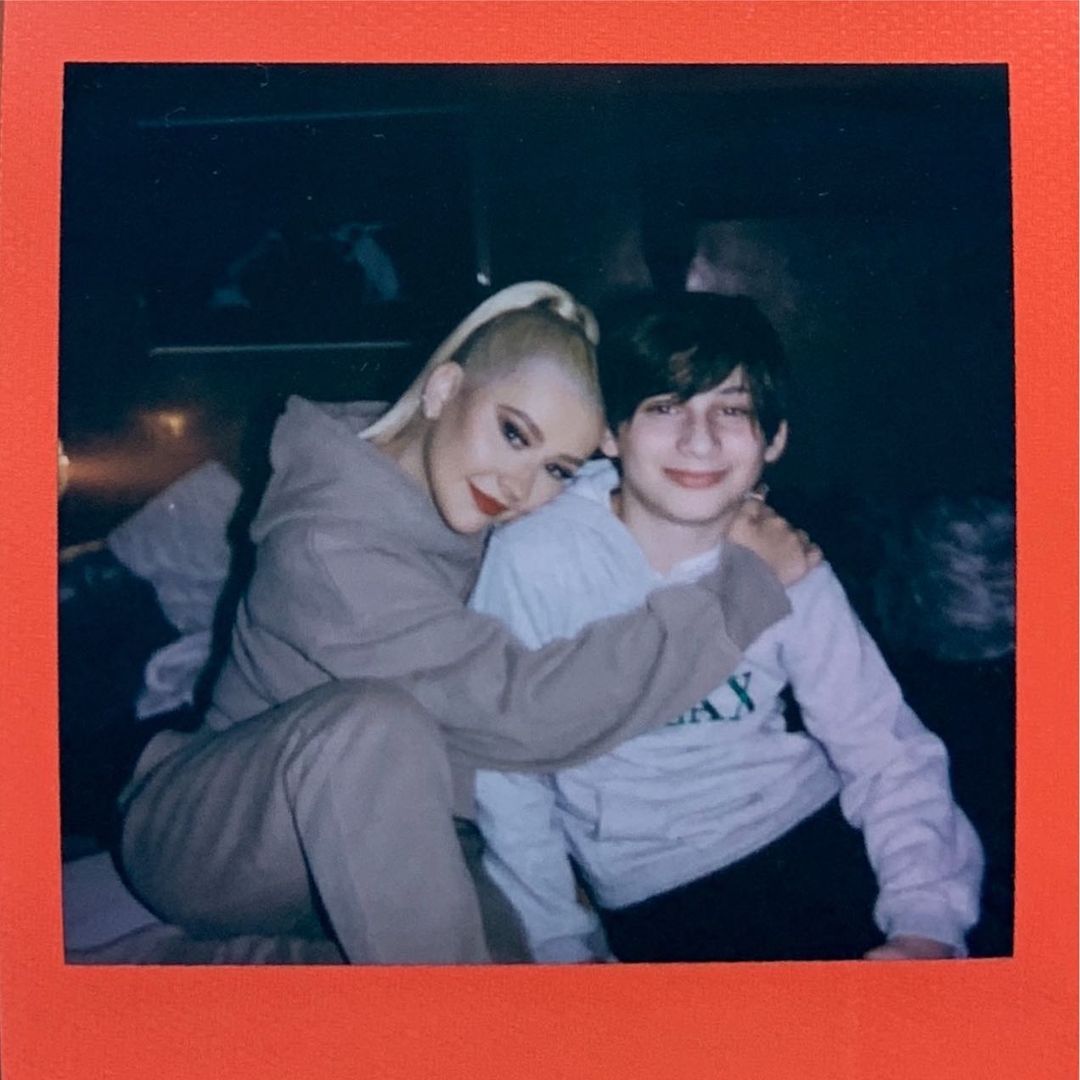 chaunlegend: Custom #MarioKart Press-ons for @xtina Wow These brought back so many memories I love Nintendo!!
05 DE ENERO DE 2021 - Instagram 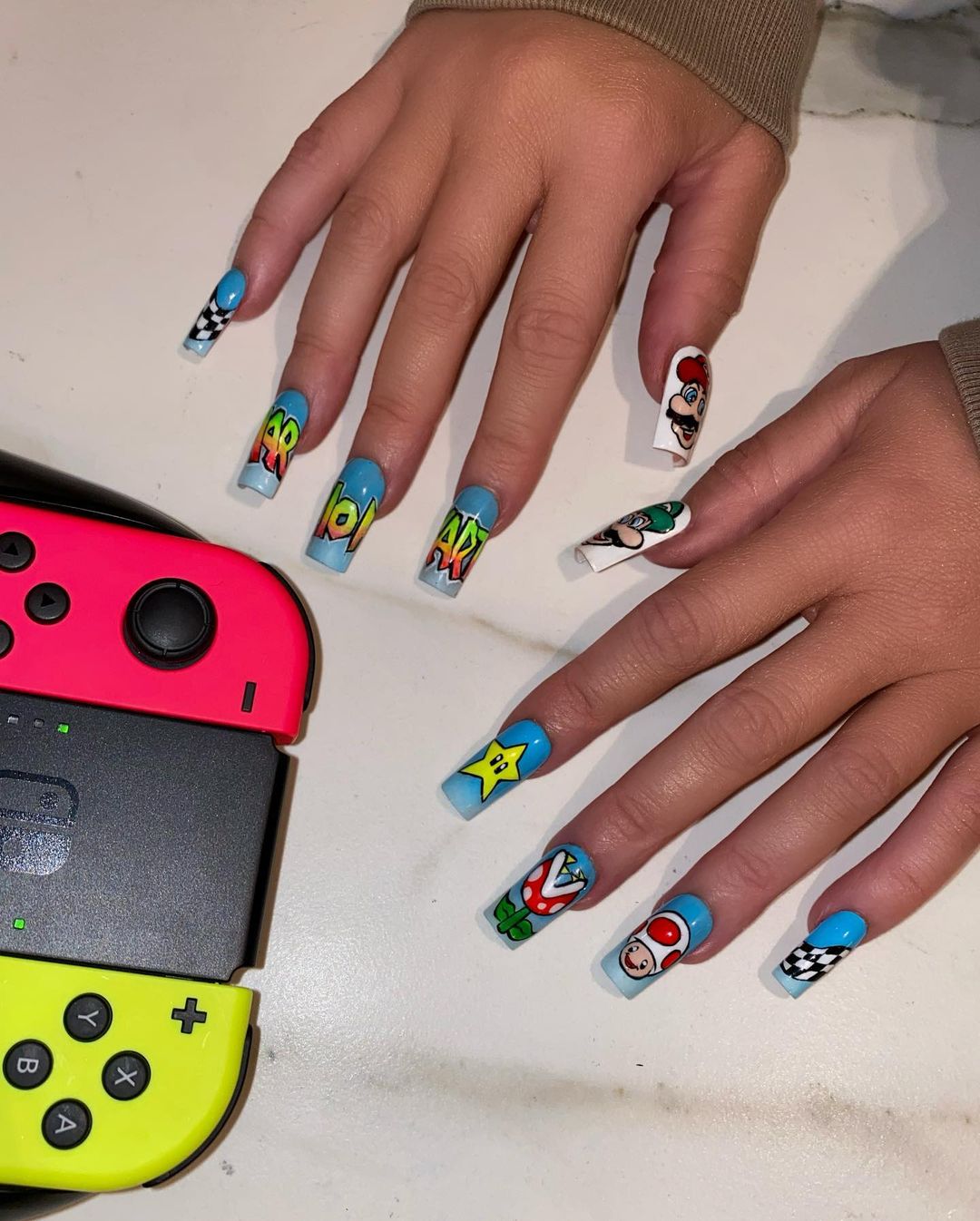 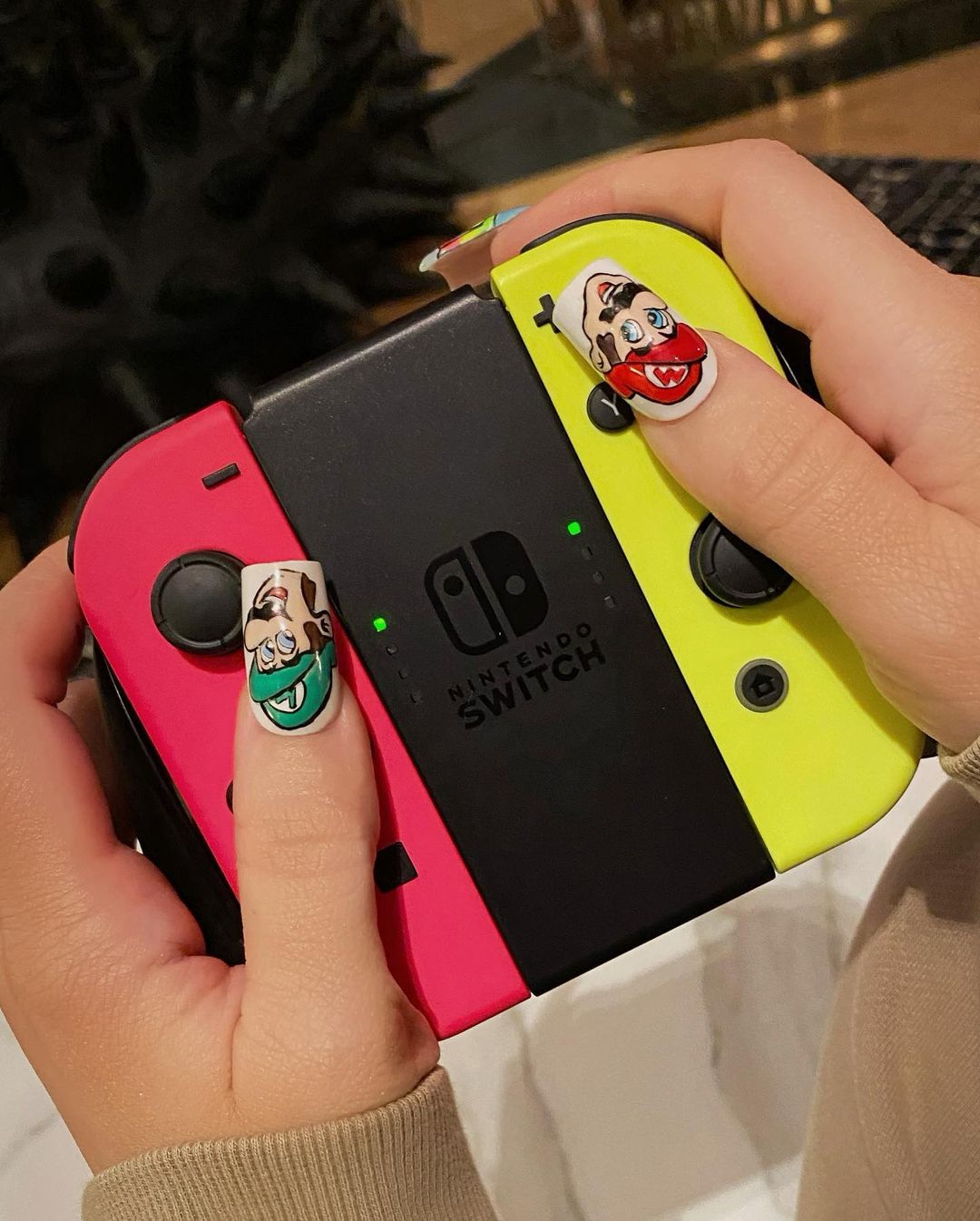